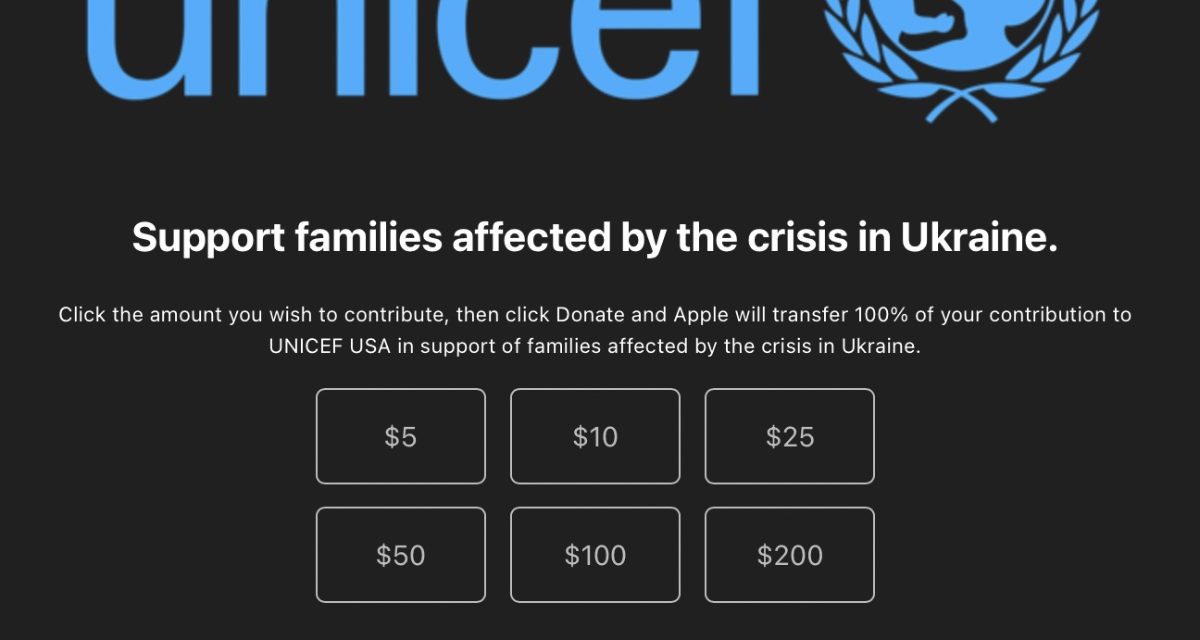 Apple is offers an easy way for folks to donate to the crisis in Ukraine (brought on by the nut, Putin) through UNICEF by adding a banner on top of its website. It sends you to an iTunes page for donating using your Apple ID payment method.

You can donate US$5, $10, $25, $50,$100, or $200. UNICEF, also known as the United Nations Children’s Fund, is a United Nations agency responsible for providing humanitarian and developmental aid to children worldwide. Its mission is to “help every child thrive, all over the world.”

The Russia-Ukraine conflict began last week, when Russia formally recognized the breakaway Donetsk and Luhansk regions as independent republics on Feb. 21. The two areas in eastern Ukraine — collectively known as the Donbas region — adjoin Russia and have been held by Moscow-backed separatists since 2014, when Russia last invaded Ukraine and seized the Crimean Peninsula in Ukraine’s south.

Russian President Vladimir Putin ordered troops into the Donbas region on Feb. 22. He then declared a “special military operation” and mounted a full-scale invasion of Ukraine on Feb. 24.

Now, according to Politico, Russian forces continue their assault on Ukrainian cities, appearing to have captured one of them: Kherson, a port on the Dnieper River near the Black Sea. Meanwhile, the capital of Kyiv remains under threat as a roughly 40-mile convoy of Russian tanks and other military vehicles sits outside the city. 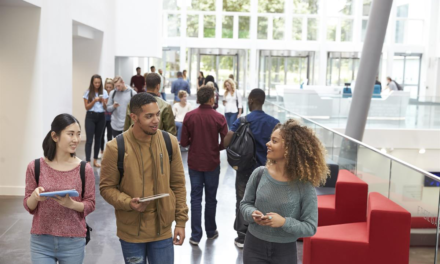