Apple TV+ has unveiled a kids’ changemakers initiative designed to bring “world renowned education leaders together with the world’s most creative storytellers to create inspiring and enriching original series for kids.”

Tara Sorensen, Apple’s head of kids programming, says the initiative encourages imagination, self confidence and critical thinking through Apple Original series, including Emmy and Peabody Award-winning “Stillwater,” “Hello, Jack: The Kindness Show,” “Get Rolling With Otis,” “Doug Unplugs,” and the recently premiered “Pretzel and the Puppies.”

“As we continue to expand our slate and partner with today’s world class storytellers, we are so inspired by our collaboration with an exceptional group of changemakers who are passionate about giving kids the tools they need to leave the world a better place than they found it,” she adds.

For its most recently premiered original series for kids, “Pretzel and the Puppies,” Apple TV+ partnered with changemaker Tony Wagner, Ed.D., senior research fellow, Learning Policy Institute, and author of the book “Creating Innovators: The Making of Young People Who Will Change the World.” In the series, Pretzel and the puppies set out to “make their bark” by making their neighborhood a better place for their friends and neighbors.

Wagner worked alongside with showrunner Steve Altiere, the executive producers and Harper Collins to help develop the series and infuse lessons around the importance of asking questions and innovating to find new solutions to problems.

Peabody and Daytime Emmy Award-winning series “Stillwater” was created in collaboration with changemaker Mallika Chopra, author and CEO of Chopra Global, a health company at the intersection of science and spirituality. The creators of “Stillwater” partnered with Chopra to imagine and deliver a series that teaches children how to be more mindful and meditative, and how to slow down to make thoughtful, empathetic decisions. Since its debut, the series has been globally praised and recognized with awards for its positive impact on kids’ families around the world.

Apple says that additional accomplished educators that Apple TV+ is collaborating with across its continuously expanding slate of kids titles include:

The award-winning lineup of original films and series for kids and families on Apple TV+ includes “Harriet The Spy,” featuring the voice talents of Beanie Feldstein and Jane Lynch; “Hello, Jack! The Kindness Show” from Jack McBrayer and Angela C. Santomero; the recently released “Wolfboy and the Everything Factory”; “Get Rolling with Otis” and “Puppy Place”; Daytime Emmy Award-winning “Ghostwriter” and “Helpsters” from Sesame Workshop; Academy Award-nominated animated film “Wolfwalkers”; new series from Peanuts and WildBrain including “The Snoopy Show”; “Here We Are: Notes for Living on Planet Earth,” the Daytime Emmy Award-winning television event based on the New York Times best-selling book and TIME Best Book of the Year by Oliver Jeffers.

For a limited time, customers who purchase and activate a new iPhone, iPad, Apple TV, Mac or iPod touch can enjoy three months of Apple 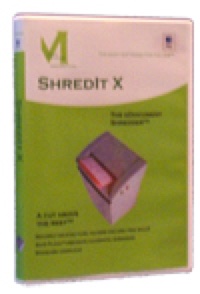