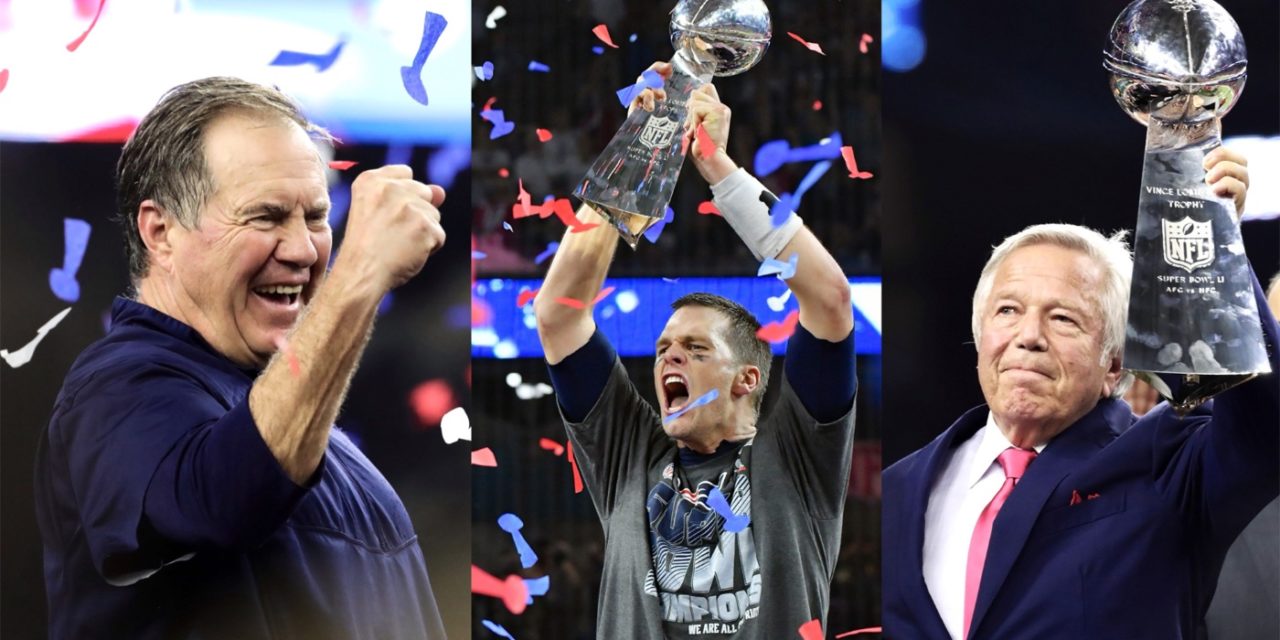 Apple has announced it has ordered “The Dynasty,” a new documentary event series about the New England Patriots, from Brian Grazer and Ron Howard’s Imagine Documentaries, in association with NFL Films, to join its award-winning unscripted slate.

Here’s how Apple describes “The Dynasty”: The 10-part docuseries is based on the critically-acclaimed New York Times bestselling book by author Jeff Benedict. With unprecedented access to the New England Patriots, Benedict spent two years inside the organization, and chronicled the rise and historic 20-year run of the Patriots during the Brady-Belichick-Kraft era. The documentary series, directed by Emmy-nominated filmmaker Matthew Hamachek (“Tiger”), will go deeper, drawing on thousands of hours of never-before-seen video footage and audio files from the Patriots organization’s archive. The filmmakers have also been given access to the organization during the 2021 season and are conducting hundreds of interviews with past and present Patriots players, coaches and executives, along with league officials and the arch rivals of the most dominant sports dynasty of the 21st century.

The documentary series, which is produced by Imagine Documentaries in association with NFL Films, is executive produced by Brian Grazer, Ron Howard, Sara Bernstein, Justin Wilkes and Jenna Millman (“The First Wave”), along with Hamachek and Benedict. Miranda Johnson (“60 Days”) serves as the co-executive producer.

Macworld: Boom is new volume booster app for the Mac