Apple is one of the companies that have received the biggest state and local subsidies in the U.S. 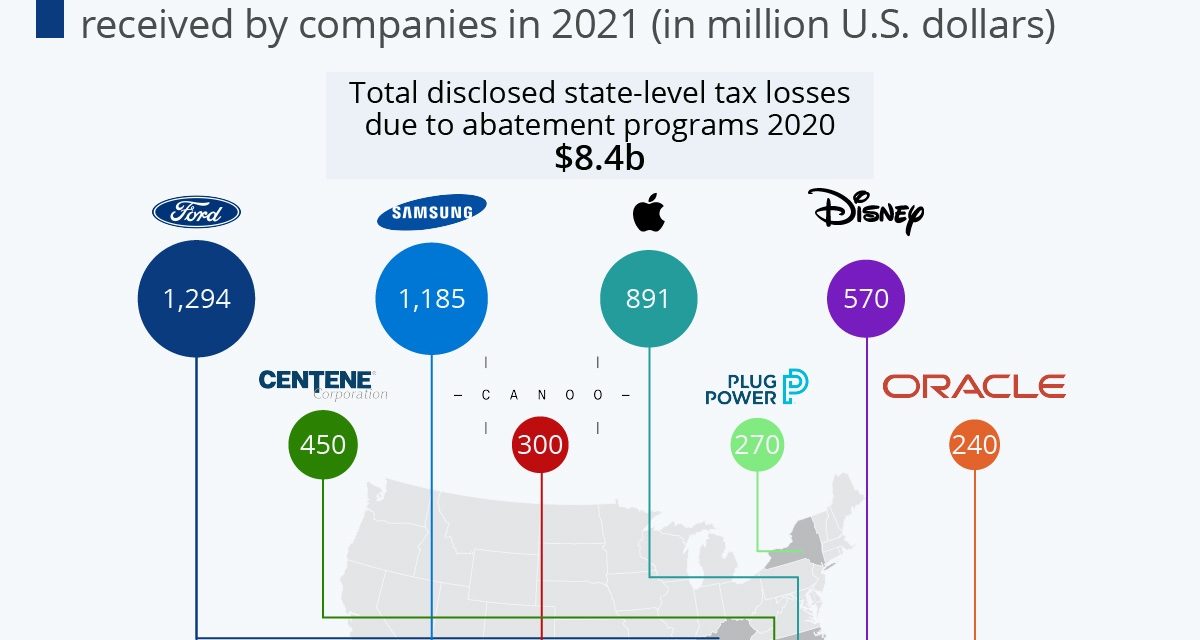 Apple is among the companies that have received the biggest state and local subsidies in the U.S. It got US$891 million in 2021, according to data from Good Jobs First, presented by Statista.

But it’s not the biggest. That would be automaker Ford, which received $1.3 billion in funding from Kentucky and Tennessee for planning to build electric vehicle and battery plants in the corresponding states. Samsung comes in second with a total of $1.2 billion in various tax rebates and grants rewarded by the state of Texas, the city of Austin and the Taylor School District in exchange for building a chip fabrication plant in the area. Disney and Oracle are also featured on the top list with projects like R&D centers, relocations of corporate offices and office campuses netting them hundreds of millions in tax abatements, grants and other government funding.

Statistics notes: As evidenced by publicly available data collected by Good Jobs First, courting large companies with subsidies has a huge effect on the tax revenue flow in the corresponding state and local governments. Analysis of 37 of the 50 U.S. states shows a total loss in taxes of $8.4 billion in 2020 alone, with New York, Texas and Florida offering up the most money to make their state more attractive to big corporations. The data does have its limitations, though: Not all states disclose their subsidies, and local grants and abatements are not comparable with previous years due to the unfeasibility of complete data collection.

JMR adds to ProBracket line-up for the Mac Pro