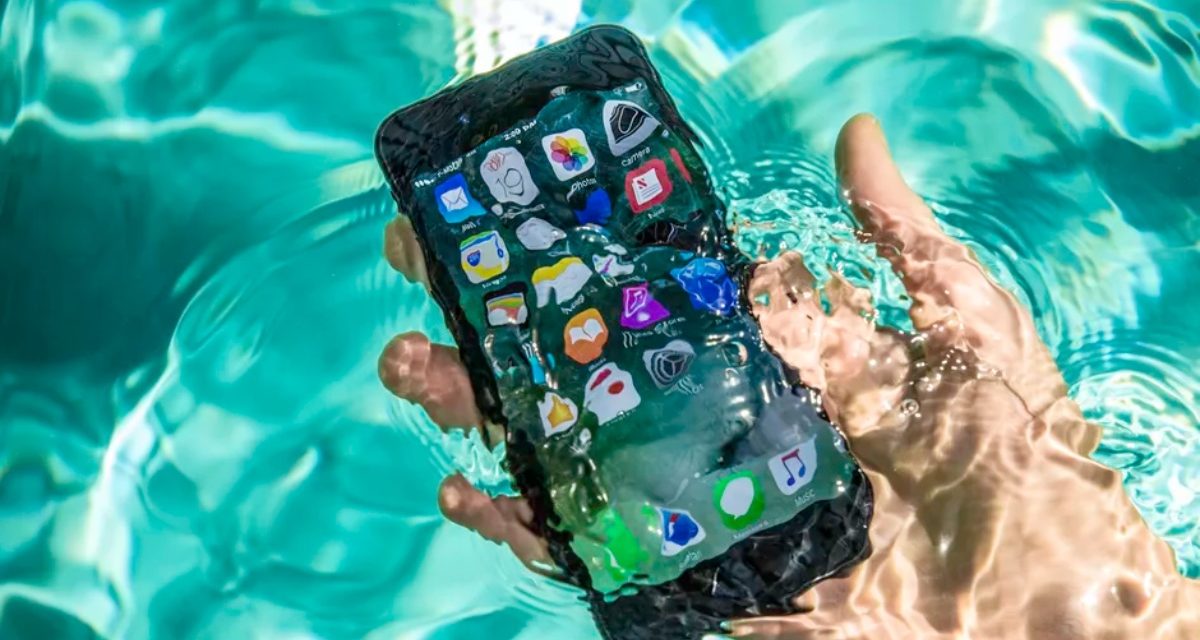 Apple wants to change this with upcoming iPhones. The company has also been granted, or applied for, patents regarding:  a “vacuum sealed connector” for Lightning, USB-C ports, and other ports; an internal cavity and a sensor that detects and expels water; and an underwater user interface.

Here’s Apple’s abstract of the patent: “A waterproof button assembly. The waterproof button assembly may include a housing including an opening and a button. The button may be positioned at least partially within the housing via the opening. The assembly may also include a plurality of engagement components positioned on opposite-distal ends of the button. The plurality of engagement components may be configured to retain the button within the housing.

“The engagement components may extend distally from the button, such that a portion of the engagement components may be positioned within apertures formed in the sidewall of the housing. The assembly may also include a plurality of supports, a tactile dome in contact with the button and at least one of the plurality of supports. A sensing component of the assembly may be positioned adjacent the housing and in alignment with the button and/or tactile dome for sensing actuation of the button within the assembly.”