News items you should check out: Dec. 14

° From The Eclectic Light Company: Apple has patched the Log4Shell iCloud vulnerability.

° From AppleInsider: Investment bank JP Morgan has increased the target price for Apple to $210, citing high demand and expected earnings in early 2022, as well as the prospect of a 5G iPhone SE.

° From Bloomberg: Joel Podolny, the longtime dean of the Apple University in-house management training school, left the company earlier this year to join a startup, according to people with knowledge of the matter.

°From 9to5Mac: Apple TV+ has released the season three trailer for its supernatural psychological thriller series Servant, written by Tony Basgallop and produced by M. Night Shyamalan. Watch the trailer below.

° From The MacObserver: President Biden is expected to sign into law a bill that would direct certain government agencies to offer their services online.

° From MacVoices: On the new episode, Gary Levitt, co-founder of Future Moments, joins host Chuck Joiner to discuss the enhancements to MicSwap that allow private and secure collaboration on any audio project, and especially music projects. 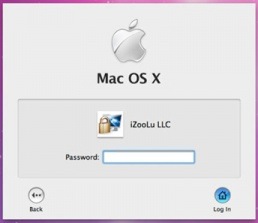