News items you should check out: Dec. 10

° From MacRumors: Following its acquisition of the classical music service Primephonic earlier this year, Apple’s work on a new music app dedicated to classical music is ongoing, a recent job listing indicates.

° From AppleInsider: Previously unseen images of the interior of Apple Park have now been revealed by the company’s design team, as they discuss working in the iconic building.

° From 9to5Mac: Nvidia is expanding GeForce Now to support 1600p resolution on MacBooks with the upgraded RTX 3080 tier.

° From The Mac Observer: The Apple Music Awards 2021 are in full swing. The Zane Lowe interview with H.E.R., was released on Wednesday. The artist behind tracks like ‘We Made It and ‘Come Through’ was named Songwriter of the Year.

° From The Washington Post: The D.C. Council on Tuesday approved a measure to give D.C. residents access to digital versions of their driver’s license or identification card on their phone.

° The South China Morning Post: A report about Apple CEO Tim Cook personally lobbying for favored treatment in China has been downplayed by state media, which questioned the amount invested.

° The Verge: The new smart home standard Matter is making a lot of grand promises, chief among them are fixing the interoperability mess the smart home is currently in and making Apple, Samsung, Google, and Amazon talk to each other.

° From MacVoices: On the latest episode, the MacVoices Holiday Gift Guide #5 features gift ideas from Brittany Smith, Mike T. Rose, and David Ginsburg. From storage devices to wellness, audio and video, this one has something for everyone. (Part 1) 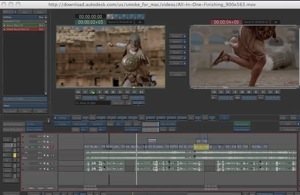