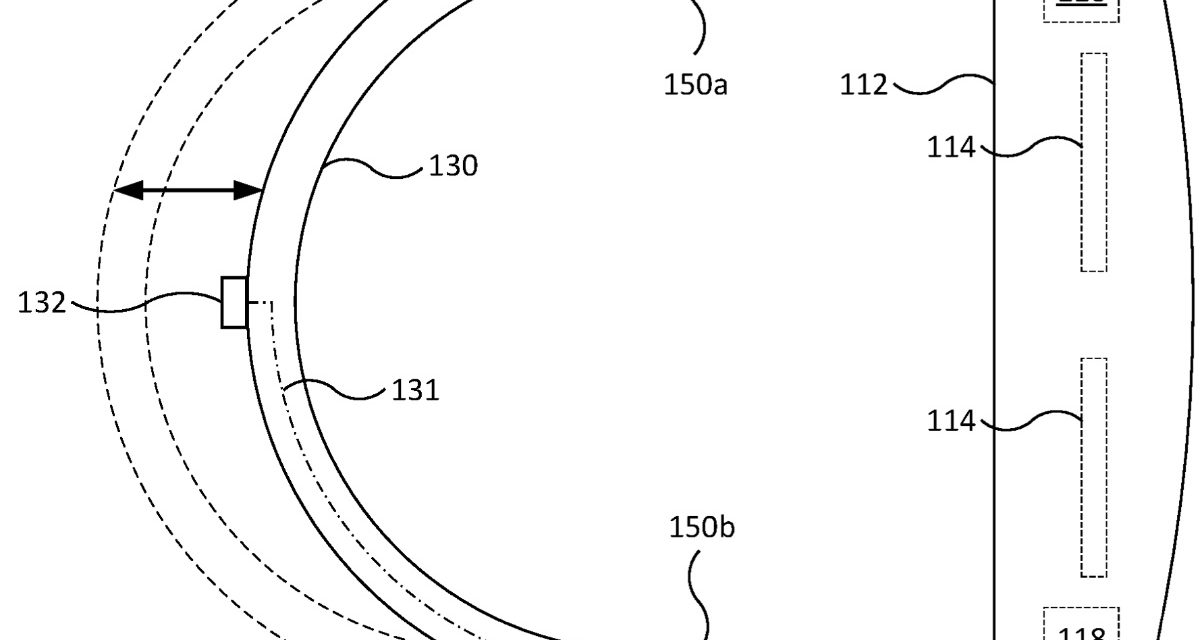 Apple has been granted a patent (number 11,181,748) for a head support for the rumored “Apple Glasses,” an augmented reality/virtual reality head-mounted display (HMD).

The goal is to make wearing it as comfortable as possible. Existing HMDs can be attached to or include comfort headbands. They may be comprised of elastic and/or silicone material. However, Apple says that many sizing options are required for this type of headband to sufficiently cover the spectrum of head sizes of users wearing the head-mounted display.

“The adjustment mechanism includes a base and a spool coupled to the base, a tape that extends from the adjustment mechanism through the band, and one or more springs rotatably coupled at first ends to the spool and fixedly coupled at second ends to the tape. The springs apply force to the tape to maintain the tape in tension during expansion and retraction of the band.”

Is a ‘premium’ iPad 2 coming? I doubt it

Seven strategies to protect your smartphone from ‘phony’ apps

Augmented reality market for advertising to see CAGR of 30.79%