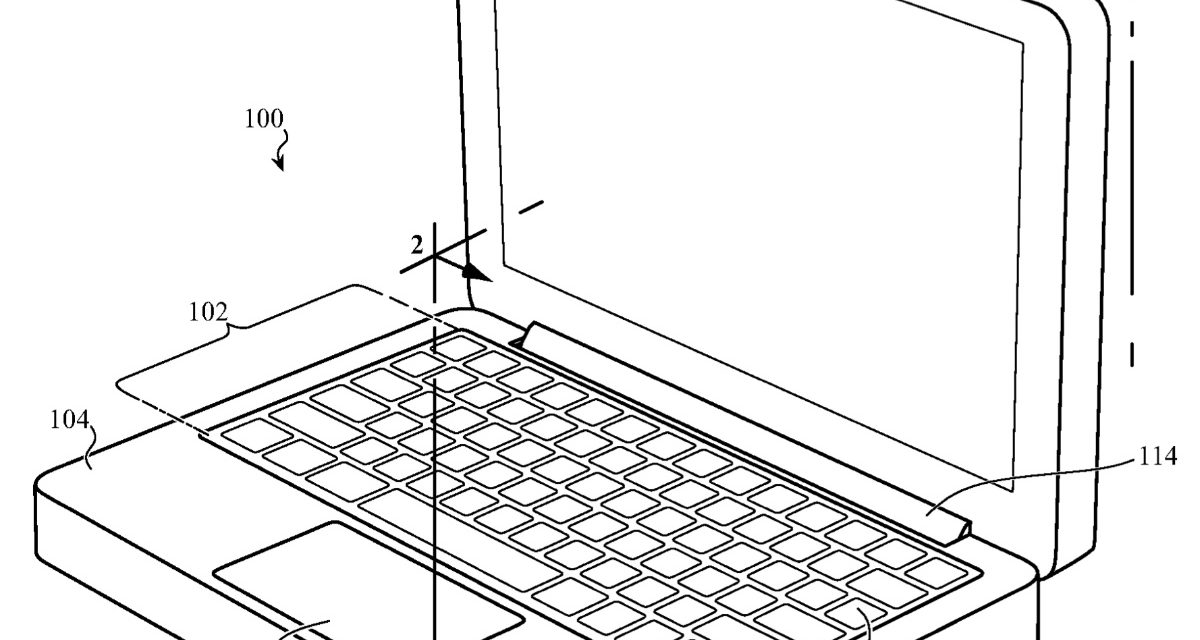 In the patent, the tech giant notes that recent advances in computing devices have allowed device makers to “dramatically” reduce the size of electronic components. Portable devices have become thinner, lighter, and more efficient.

However, Apple says that mechanical user interfaces with the devices have parts that can be difficult to change in size due to user preferences. Users expect devices to have a button or key size that is well-suited for a finger to press, and users generally have a preference for buttons or keys that provide audible and tactile feedback when pressed.

Apple says that user interfaces such as keyboards and other buttons are designed to have a predetermined size and amount of perceived deflection when pressed. These constraints can make devices larger than needed for some tasks, such as when the user interfaces of the devices are not being used or are stored.

Apple says “there are many challenges and areas for improvements in the interface components of computing devices, and device makers are constantly seeking ways to enhance a user’s experience.” Apparently, the tech giant is toying with the idea of a retractable keyboard as such a way.

Here’s Apple’s abstract of the patent: “Keyboards are disclosed that are retractable. Movable magnetic or mechanical linkage elements are configured to reposition keycaps and stabilizers between different relative positions. Structures in a movable layer can act on the keycaps or stabilizers to move the keycaps and stabilizers into a retracted position for storage and for saving space in an electronic device. The stabilizers can be scissor mechanisms, butterfly mechanisms, and similar devices. The movable layer can be moved in response to rotation of a hinge or other mechanical element in the electronic device.”