News items you should check out: Nov. 20

° From Investor’s Business Daily: Apple stock has hit a new record high. The tech giant continued to drive higher following reports it is looking to bring an electric car to market as early as 2025. It finished the with a gain of 1.7%.

° A tweet from Bloomberg’s Mark Gurman: “FYI for @tmobile customers buying a Watch Series 7: The carrier is wrongly denying the rebate advertised on Apple’s website, with phone support saying the promotion doesn’t exist. Would hold off on buying for this deal unless it works for others.”

° From AppleTV+ Press: Cast members of Apple’s multi-winning comedy series “Ted Lasso” attended a special Q&A event today at Apple’s newest retail location at The Grove in Los Angeles, CA ahead of its opening on Friday.

° From Business Insider: US’s Office of Foreign Labor Certification has  disclosed information on nearly 1,000 Apple work visas and shedding light on what the company pays for certain roles.°

From The Elec: BOE will likely overtake LG Display as the larger OLED supplier for iPhones by 2023, UBI Research CEO Choong Hoon Yi said at an online seminar on Friday.

° From ArsTechnica: Two weeks ago, AT&T and Verizon reluctantly agreed to delay the launch of 5G on newly acquired C-band spectrum licenses for one month, until January 5, in response to the Federal Aviation Administration’s claim that the new service could interfere with radio altimeters used in airplanes.

° From MacVoices Live!: The MacVoices Holiday Gift Guide #2 wraps up as Jeff Gamet, Mark Fuccio, and Mike Schmitz join host Chuck Joiner to make their final picks, cost each other money, and agree on one pick at the end because they all already have it. (Part 2) 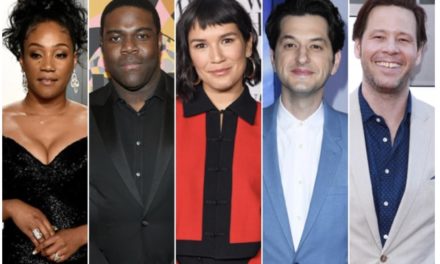