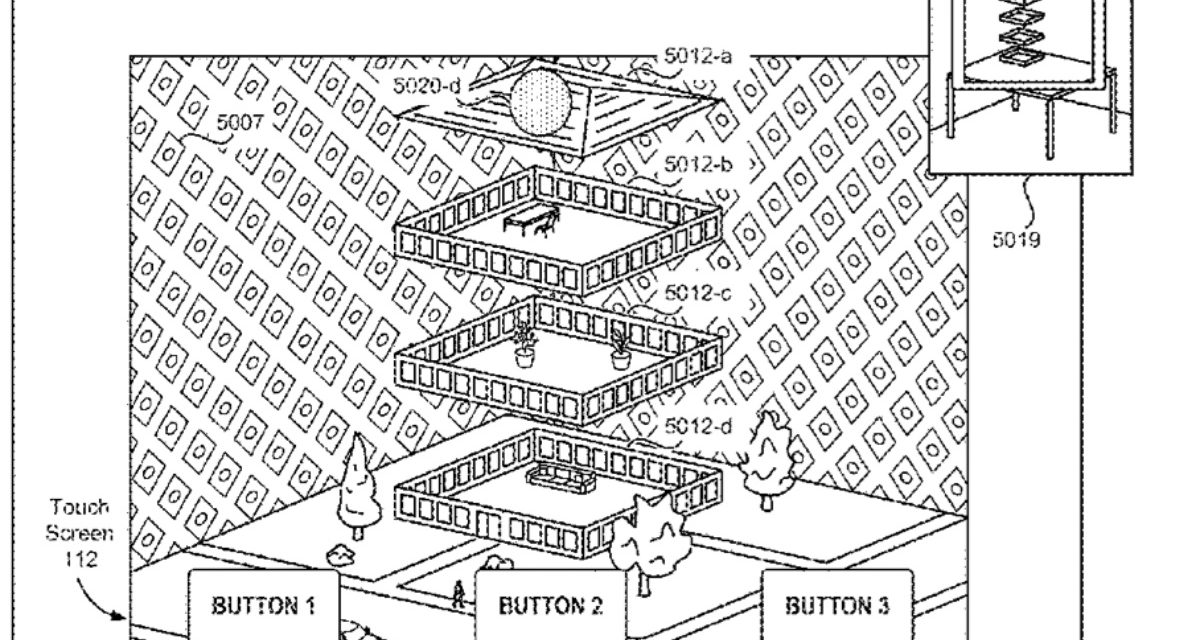 Apple has been granted a patent (number 11.163,417) for “systems, methods, and graphical user interfaces for interacting with augmented and virtual reality environments.” It involves the rumored “Apple Glasses,” an augmented reality/virtual reality head-mounted display.