Ericsson sues Apple in Germany, the United Kingdom, the Netherlands 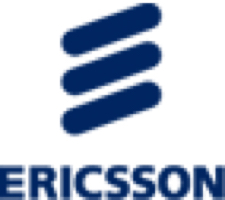 Ericsson (www.ericsson.com) has filed lawsuits against Apple in Germany, the United Kingdom and the Netherlands after failing to reach a global licensing agreement with the company over standard-essential and non-standardized patents.

The company claims that Apple doesn’t currently have any license for Ericsson’s technology, but continues to sell products such as the iPhone and iPad, for which its licenses have expired, “on a global scale.”

Apple sued Ericsson in January, arguing the patents are not essential for LTE technology and that the price was excessive. Ericsson counter-sued two days later. The Swedish mobile telecom firm counter-sued the Cupertino, California-based company for infringing on its patents that are essential to 2G and 4G/LTE standards.

In a press release, Kasim Alfalahi, chief intellectual property officer at Ericsson, claims: “Apple continues to profit from Ericsson’s technology without having a valid license in place. Our technology is used in many features and functionality of today’s communication devices. We are confident the courts in Germany, the UK and the Netherlands will be able to help us resolve this matter in a fair manner.”

In February Ericsson filed a complaint with the ITC requesting an exclusion order against Apple’s products for infringing Ericsson patents that are essential to the 2G and 4G/LTE standards. The company also filed a second ITC complaint seeking an exclusion order and multiple complaints in the United States District Court for the Eastern District of Texas requesting damages and injunctions for infringement of patents “critical to many other aspects of Apple’s devices.”

LTE, commonly marketed as 4G LTE, is a standard for wireless communication of high-speed data for mobile phones and data terminals. It’s based on the GSM/EDGE and UMTS/HSPA network technologies.

Currently, Apple and Ericsson have a license agreement that covers many of Ericsson’s allegedly standard-essential patents. The agreement was signed in 2008 soon after Apple launched the iPhone, according to the court filing.

In its lawsuit filed in a federal court in California, Apple said the royalties should be based on the value of the processor chip that includes the technology.  The company adds that it hasn’t infringed on the Ericsson patents and doesn’t owe royalties for them.