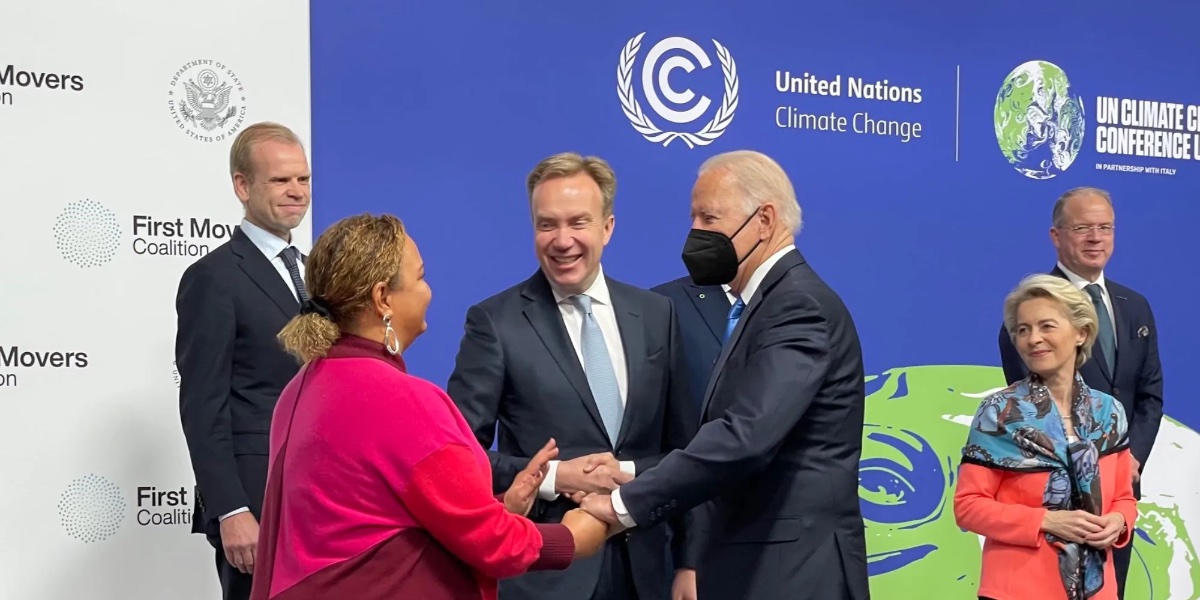 .”The First Movers Coalition is a partnership between the World Economic Forum and the US Office of the Special Presidential Envoy for Climate John Kerry. It will officially launch on Nov. 4.

“The United States and World Economic Forum are launching the First Movers Coalition…[which] is starting with more than two dozen of the world’s largest and most innovative companies. The Coalition represents eight major sectors that comprise 30% of global emissions that we now are dealing with,” President Biden said during a speech to COP26 (UN Climate Change Conference of the Parties) on Tuesday. “These companies will be critical partners in pushing for viable alternatives to decarbonize these industrial sectors and more,” he added.

Among the companies who have already joined the coalition are Apple, Boston Consulting Group, AP Møller–Mærsk, Vattenfall, Dalmia Cement, Volvo Group, Fortescue Metals Group and Yara International. The full list will be announced on Thursday.