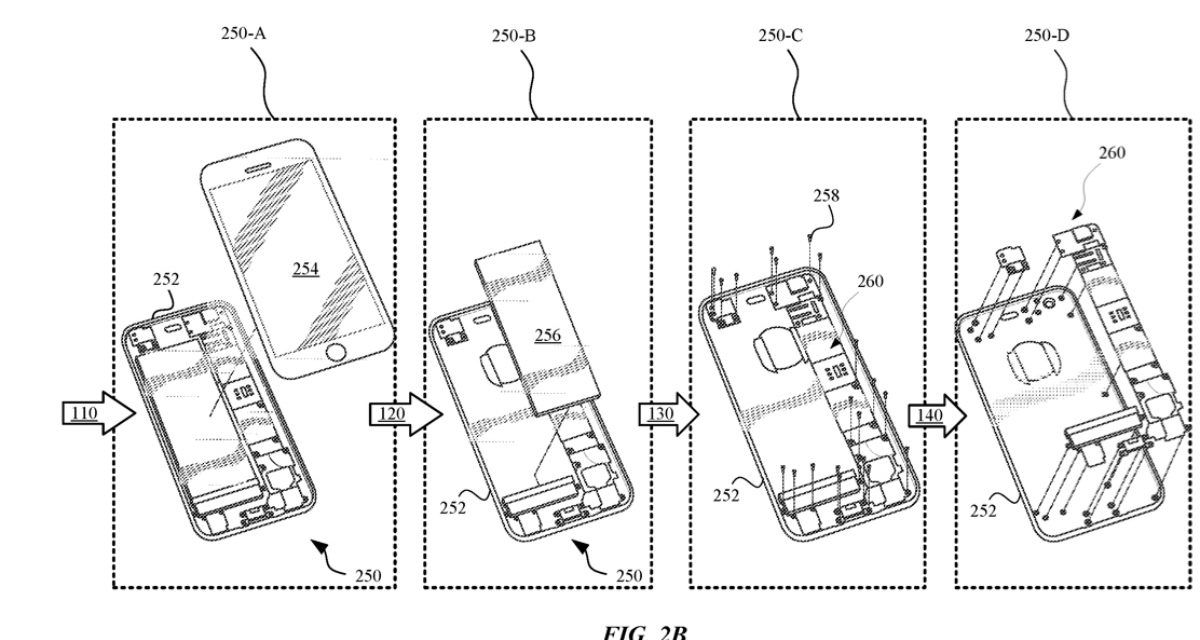 Apple has been granted a patent (number 11,136,191) that hints at future modular devices that could be more easily disassembled. The invention is meant to help deal with e-waste issues.

In the patent, Apple notes that over one billion new smart phones are sold worldwide every year. Manufacturers also sell other devices such as tablet computers, laptop computers, televisions, digital cameras, wearable devices, drones, home appliances, Internet of Things (IoT) devices, and many other types of consumer electronic devices every year.

Apple says that consumers are constantly upgrading the devices they have bought with newer generations of the same device or similar devices, which may lead some consumers to no longer want their old consumer electronic devices. However, consumer electronic devices may include hazardous materials such as heavy metals in lithium ion batteries or arsenic, copper, lead, and/or other elements in printed circuit boards that may be toxic.

Apple says there’s a desire to prevent landfills from being filled with these harmful materials. In addition, some materials in consumer electronic devices may be very valuable if properly recycled. Consequently, there is a desire to collect older consumer electronic devices in order to salvage the components for reuse or recycle the materials included in these devices. However, the numbers of devices that may need to be processed on a yearly basis is too large and potentially hazardous to efficiently handle with manual disassembly techniques. Apple thinks more modular designs could be the answer.

FIG. 2B illustrates an exploded view of a portable electronic device that is disassembled by the modular system.

Mobile gaming segments are the most lucrative