News items you should check out: Oct. 5

° From WSJ: On the 10th anniversary of Steve Jobs’s death, Sir Jony Ive reflects on their collaborations and friendship: “My understanding of him refuses to remain cozy or still.”

° From Jobs at Apple: Apple SPG is looking for a Radar Test Engineer to join our Sensors team, which is developing new radar technologies for use in autonomous systems.

° From MacRumors: Apple has informed Apple Authorized Service Providers that it will be adding the third-generation Apple TV and its AA battery charger to its vintage products list on October 31.

° From Protocol: Alex Stamos, director of the Stanford Internet Observatory and Facebook’s former chief of security, says that if Facebook and TikTok can’t keep kids safe, maybe Apple can.

° From AppleInsider: Apple TV+ hit comedy “Ted Lasso” is set in a UK football club, and Apple has had to pay the country’s Premiere League heavily for the rights to do that.

° From Mark Gurman: Apple is reportedly working on a new Apple Store in Los Angeles.

° From TechInsights: The iPhone 13 Pro has a higher build cost than the iPhone 12 Pro.

° From Petapixel: Doctor Tommy Korn recently went viral for showing how he uses the new iPhone 13 Pro macro camera capabilities to document the eyes of his patients. In an interview, he explains why he chooses to do it this way rather than use a “real” camera.

° From The MacObserver: The App Tracking Transparency privacy feature might indicate that Apple is looking to mount a challenge in online advertising.

° From MacVoices Live!: The new episode is the last part of the discussion with David Ginsburg, Jeff Gamet, Warren Sklar, Andrew Orr, Kelly Guimont, Jim Rea, Brittany Smith, and host Chuck Joiner. They  continue their discussion of iOS 15 installation and stability experiences, and also talks about “security research” vs hacking Apple’s servers, where the line is, and what should happen if it is crossed. (Part 3) 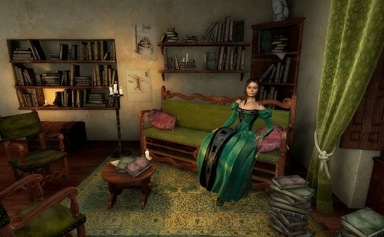 Secrets of Da Vinci available at the Mac App Store