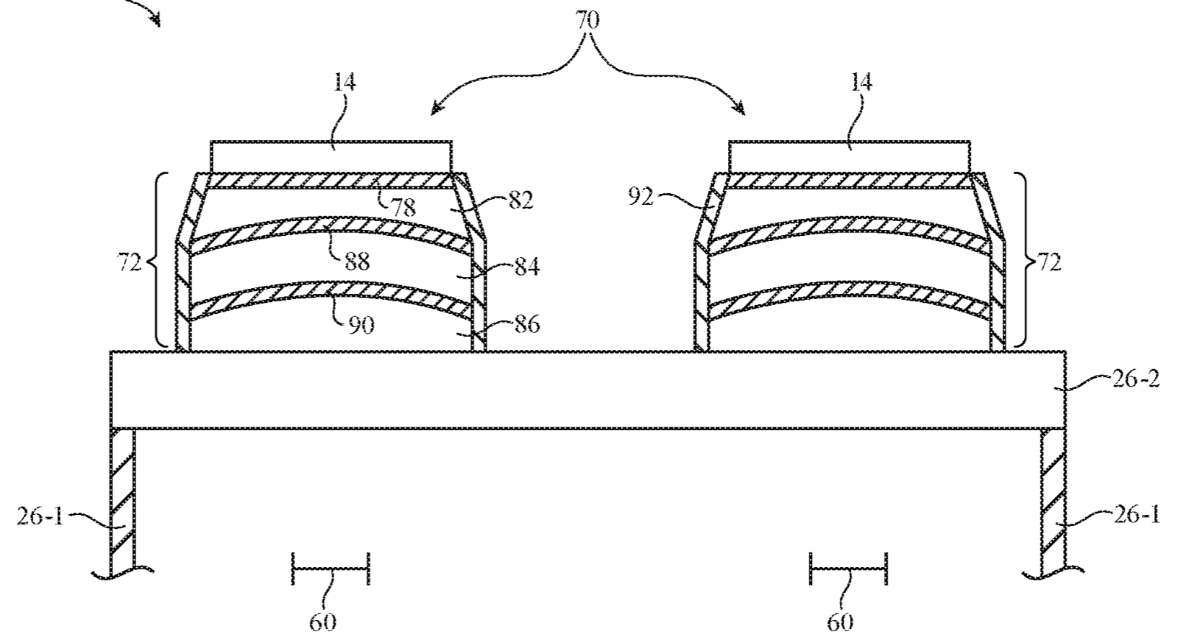 Apple has been granted a patent (number 11,119,321) for an “electronic device with a display attached to a lease element.” It involves the rumored “Apple Glasses,” an augmented reality/virtual reality head-mounted display (HMD).

Electronic devices are sometimes configured to be worn by users. For example, HMDs are provided with head-mounted structures that allow the devices to be worn on users’ heads. The HMD may include optical systems with lenses. The lenses allow displays in the devices to present visual content to users.

However, Apple says it may be difficult to precisely align lenses with displays. If care isn’t taken, a lens may be poorly aligned with a corresponding display and the visual content may not be displayed properly. Apple doesn’t want this to be an issue with its Apple Glasses.

Here’s the summary of the patent

Figure 5 is a top view of an illustrative head-mounted device including a display attached to a lens module that includes an edge coating.

Mobile advertising to account for 4.4% of total global ad spend by 2017