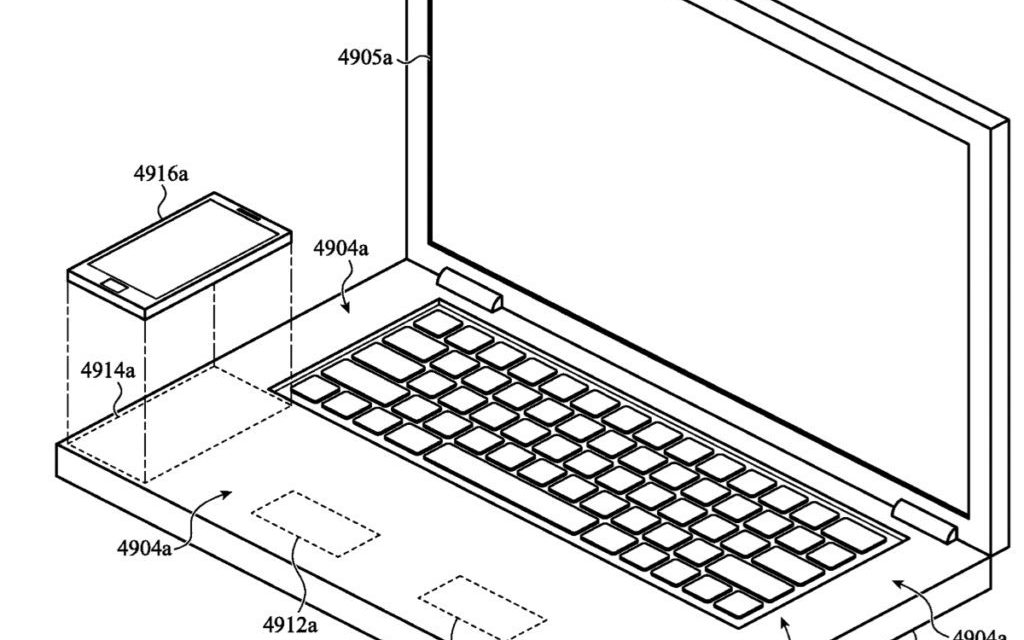 Apple has been granted a patent (number 11,099,649) for a “device having an integrated interface system.” It’s for a Mac laptop with dual displays, an integrated wireless charger, increased resistance to spills, and better durability.

In the patent, Apple notes that in some traditional electronic devices, the inclusion of input devices (keyboards, trackpads, mice, or touchscreens) may require the formation of a hole, opening, or seam through which liquid or other foreign matter may enter the device enclosure. Additionally, the enclosure of some traditional electronic devices may be formed from materials that are easily scratched or that provide an inferior tactile feel or visual appearance.

One of the goals of Apple’s patent is to offer a laptop with a “transparent dielectric material may form a continuous or seamless input surface that may improve the look and feel of the device without having the drawbacks of some traditional device constructions.”

The image of the keyboard may include an image of a key, and the second sensing system may be configured to register a key input in response to detecting an input applied to the key and having a force exceeding a force threshold. This would provide a virtual keyboard with the “feel” of a physical keyboard.

Even more interesting is the plan for a Mac laptop to have a wireless charging section. This would be accomplished via optical sensors. Such sensors — scattered through the laptop — could also bring Face ID to the Mac.

Gartner: finance moving to the cloud faster than expected

Gartner: semiconductor revenue to decline 0.9% in 2020 due to coronavirus