Apple has been granted patents for its “Ping” service and more by the U.S. Patent & Trademark Office. Patent number 7886072 involves network-assisted remote media listening. In other words, Ping. Introduced with iTunes 10, Ping is a music-oriented social network for following your favorite artists and friends to discover what music they’re talking about, listening to and downloading.

iTunes Ping lets you post your thoughts and opinions, your favorite albums and songs, the music you’ve downloaded from iTunes, plus view concert listings and tell your friends which concerts you plan to attend. Per the patent, improved approaches for media listening amongst different users are disclosed.

For example, methods, systems or computer program code can enable users to have a remote listening experience in real time. Advantageously, a remote user at a remote client device can in effect listen to a particular digital media asset that is being played at a local client device of a local user. Media information and/or user profiles can also be provided about themselves and shared with other users. The inventors are Catherine Wormington, Camille Hearst and Steve Saro Gedikian.

Following is a summary of other patents won by Apple.

Patent number 7885654 involves dynamic carrier selection. Systems, methods, computer software for providing access to wireless communication services are provided. The invention, in one embodiment, can involve storing a network address on a mobile device and sending a request for network operator data from the mobile device to a mobile virtual network operator server associated with the network address.

Patent number 7886264 is for automatic conversion for disparate data types. A computer-implemented method and an apparatus for use in a computing programming environment are disclosed. The method includes: receiving a plurality of user inputs, each user input specifying an action in a workflow; identifying a data type incompatibility between two of the specified actions; and generating a script for executing the actions in the workflow responsive to the user inputs, the script including code for performing a action for converting one of the two identified, incompatible data types to the second. The apparatus, in a first aspect, includes a program storage medium encoded with instructions that, when executed by a computing device, performs the method. In a second aspect, the apparatus includes a computing apparatus programmed to perform the method. The inventors are Eric S. Peyton and Tim W. Bumgarner.

Patent number 7884741 involves externally clocked audio input, determining a valid clock and muting audio during synchronization. Methods and apparatus for determining the existence of an external clock over a digital input port on a computer. In one embodiment, the external clock is validated, and a lock is performed when the clock is valid. Whenever a loss of the lock is detected, and, if a re-lock is likely, the apparatus is muted so that audio artifacts that would otherwise be heard are minimized. The methods and apparatus also provide automatic re-locking to the external clock when a sampling rate change is detected. The inventors are Anthony Guetta, Raymond Montagne and Matthew Xavier Mora. 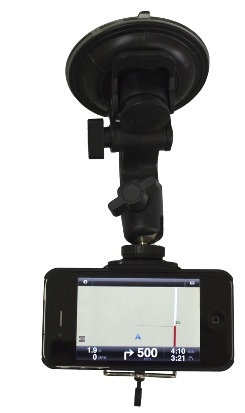