News items you should check out: August 4

° From the Yonhap News Agency: A U.S.-based group of companies that has voiced opposition to commissions major app stores collect from developers expressed support for legislative movement in South Korea to pass a bill that seeks to curb the so-called app store taxes.

° From AppleInsider: Following the release of a security-focused point update to iOS in July, Apple on Monday ceased signing code for iOS 14.7.

° From macReports: Apple has expanded its California self-driving test fleet to 69 cars and 92 drivers.

° From The Scotsman: A local Edinburgh diver has returned a lost iphone to a surprised owner over a year after she lost it.

° Per AT&T: Delta Air Lines will upgrade all of its pilots to the cellular M1 iPad Pro.

° From Apple’s Developer webpage: The tech giant has announced upcoming tax and price changes for apps and in-app purchases.

° From Deadline: Emmy nominated Jeremy Swift, who plays Higgins on “Ted Lasso,” has has signed with APA for representation.

° The second part of the MacVoices Live! conversation with Joe Kissell about the updates to two of his Take Control books, “Take Control of Your Passwords” and “Take Control of 1Password,” focuses on the second, and why 1Password is our password manager of choice. Kissell talks with host Chuck Joiner about the newest capabilities of the premier password manager, including better handling of two-factor authentication options, the latest features, and how it keeps you and your passwords safe. (Part 2) 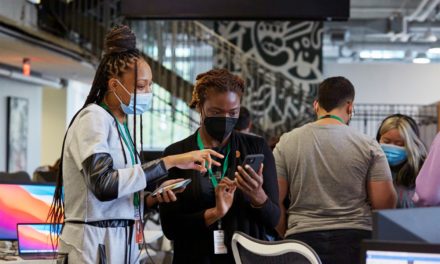