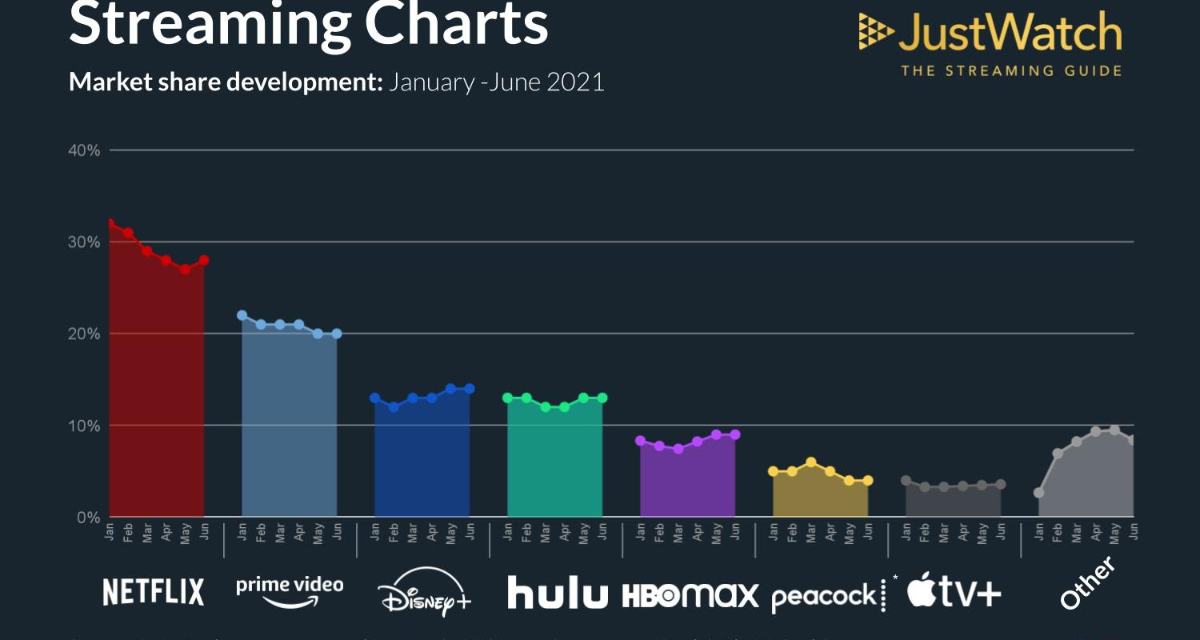 JustWatch, an international streaming guide, has published a performance review of the various streaming services. The news is neither good nor bad for Apple TV+. Apple’s streaming service has been holding steady in viewership numbers for the past six months, but isn’t growing substantially.

The margins between Disney+, Hulu, and HBO Max & Netflix and Prime Video continue to grow smaller. Netflix is the market leader by a 8% margin, and Prime Video now holds just 6% over Disney+. According to JustWatch, Apple TV+ now has about 3% of the streaming market.

Disney+ and HBO Max were the only two streaming services to gain market share (+1%) through the second quarter of 2021. The mid-field SVODs (subscription video on demand)managed to retain their shares, but the larger players Netflix and Prime Video saw the most drastic change in market share.

TextExpander touch released for the iPhone