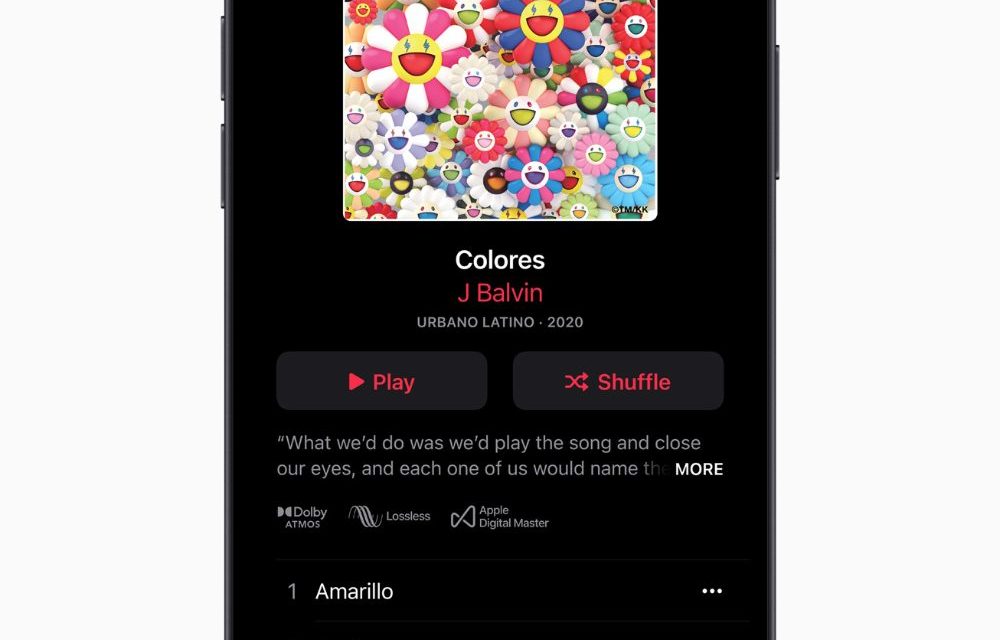 On Apple 17, Apple announced that Apple Music is bringing “industry-leading sound quality” to subscribers with the addition of Spatial Audio with support for Dolby Atmos.

Spatial Audio with support for Dolby Atmos and Lossless Audio will be available to Apple Music subscribers at no additional cost. The company says Spatial Audio gives artists the opportunity to create immersive audio experiences for their fans with true multidimensional sound and clarity.

Dolby Atmos is an immersive audio experience that enables artists to mix music so the sound comes from all around and from above. By default, Apple Music will automatically play Dolby Atmos tracks on all AirPods and Beats headphones with an H1 or W1 chip, as well as the built-in speakers in the latest versions of iPhone, iPad, and Mac. Apple says Apple Music will be adding new Dolby Atmos tracks constantly and will be curating a special set of Dolby Atmos playlists to help listeners find the music they love. In addition, albums that are available in Dolby Atmos will have a badge on the detail page for easy discovery.

On May 21, Apple announced an affiliate program for its Podcasts Subscriptions, which the company announced on April 20. The company describes it as “a global marketplace for listeners to discover premium subscriptions offered by their favorite creators alongside millions of free shows on Apple Podcasts.”

Listeners in more than 170 countries and regions can sign up for premium subscriptions that include a variety of benefits curated by creators, such as ad-free listening, access to additional content, and early or exclusive access to new series.

Jumsoft releases templates for the iPad