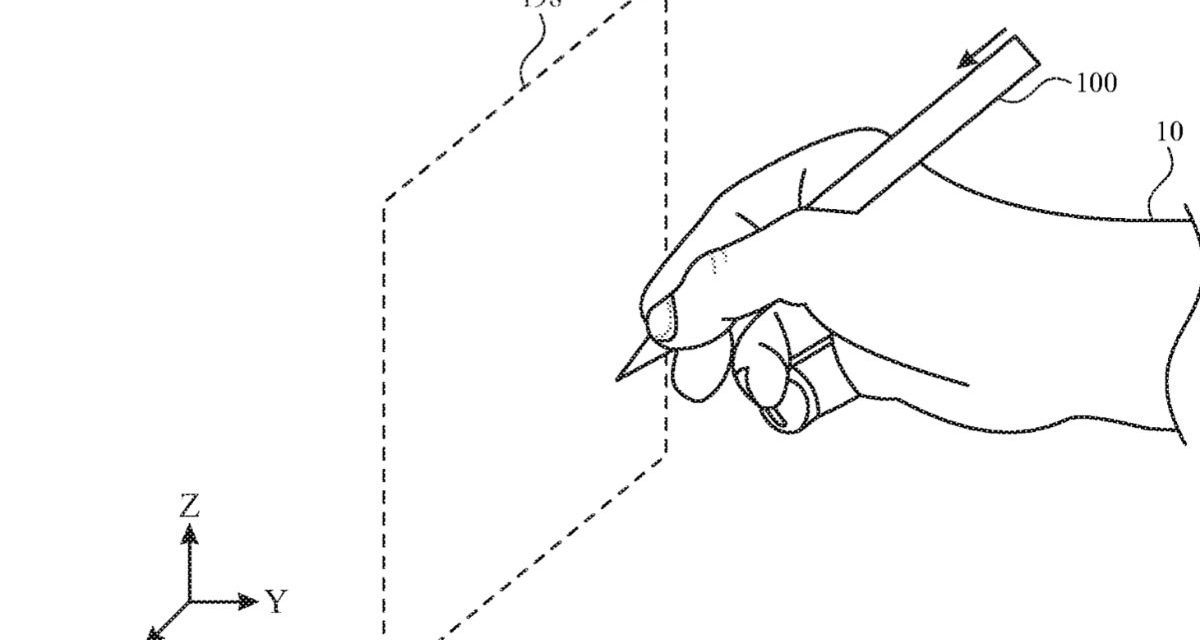 Apple has been granted a patent (number 11,009,955) for a “stylus with shear force feedback.” It involves an Apple Pencil (and, yes, I know that Apple denies its a stylus during media presentations) with shear (not sheer) force feedback.

In the patent filing, Apple notes that a variety of handheld devices exist for detecting input from a user during use. For example, a stylus can be utilized to provide input by contacting a touch panel of an electronic device. The touch panel may include a touch sensitive surface that, in response to detecting a touch event, generates a signal that can be processed and utilized by other components of the electronic device.

A display component of the electronic device may display textual and/or graphical display elements representing selectable virtual buttons or icons, and the touch sensitive surface may allow a user to navigate the content displayed on the display screen. Typically, a user can move one or more input devices, such as a stylus, across the touch panel in a pattern that the device translates into an input command. Apple wants to expand this capability with the Apple Pencil.

Cable and satellite TV providers may have reason to worry