° Visa has announced that now customers in Japan can use their Visa debit or credit card with Apple Pay.

° The UK’s Financial Ombudsman has opened an investigation into whether Apple discriminates against severely disabled customers through its iPhone Upgrade Program conditions, reports 9to5Mac.

° Jony Ive, former head of design at Apple, has filmed a commencement address for the California College of the Arts. The address was virtual due to distancing rules.

° In an interview with CNBC, One Plus co-founder and Nothing chief Carl Pei says innovation at Apple has slowed down “a lot.”

° Amazon’s podcast subscription service Wondery+ will be available through the Apple Podcasts Subscriptions platform, according to The Hollywood Reporter.

° On the new episode of MacVoices Live!, Joe Kissell joins host Chuck Joiner to discuss the fourth edition of “Take Control of Backing Up Your Mac.” A lot has changed in the world of backups, more than you realize. Joe digs deep on the issue of the M1 Macs and bootable backups. Along the way, he and Joiner touch on SSDs, how to think about partitions in Big Sur, why ransomware works, and how to protect yourself. (Part 1)

° Designer Art Gensler, who founded the world’s largest architecture firm and helped to create the Apple Store, died yesterday after battling lung disease, according to The San Francisco Chronicle. 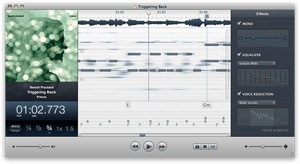