The Northern Spy: highs and lows of technology 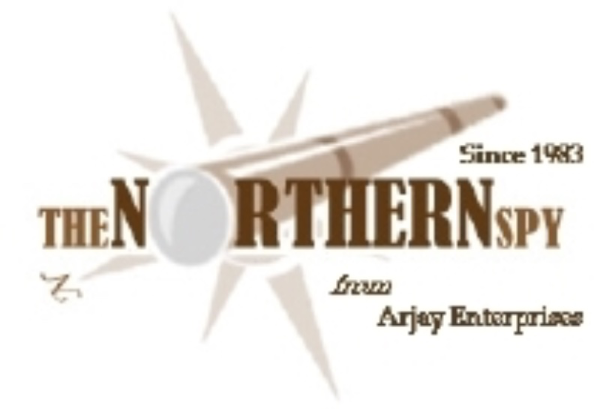 Apple and Tesla last week split their stock, the former by four-to-one and the latter by five-to-one. Since splits make the price of a single stock lower, such actions tend to attract more retail investors and this pushes the price up further.

In the case of Apple, this is merely the latest in a long line of such splits, now amounting to a 224:1 total from the beginning. Looking back on the initial IPO in 1980, this is equivalent to about a $.40 initial cost per share.

Since these new shares are now worth $132, the share price has appreciated by a factor of 330 times, meaning that an initial investment of $10K would now be worth $3.3M. Not bad for a company that pundits once nearly universally predicted was near its demise.

True, it is no longer iSteve’s company but iTim’s, however the changes in direction and focus have done no harm to the bottom line and cash pile, despite the slow deterioration in computer quality. Mind you, computers have not in recent years been Cupertino’s main focus. Still, given what is the core business, AAPL is probably reasonably valued, with apparent room to appreciate over the long term (but watch out for them shorts).

After all, Apple is confidently ordering the manufacture of some 75M of its new 5G iPhones in a variety of sizes, shapes, and capabilities. Perhaps the Spy will upgrade this time. After all, his otherwise capable iPhone 6+ has a worn lightning connector that makes charging unreliable, and even the replacement battery is clearly nearing EOL, as it can completely discharge in a day of light use. Sigh. More on planned obsolescence below.

Tesla OTOH presents a much higher risk to investors. True, electric cars may well be the wave of the future, but are luxury models? At risk of vanishing, one thinks not. If the company can produce cars for the masses, and the electrical grid can cope with vastly increased demand, an investment at this point may prove astute. But if not, it may get flushed. Buyer beware. Spread your risk. And, do watch out for the downside of the law of unintended consequences–especially if you are anti-energy production. Oil and gas use cannot be escaped until alternatives are actually built to replace them, and that will take decades and billions to trillions.

AI is once again in the buzzword section of academia, the high tech industry, and the media, with the main research and practical work in data analysis and machine learning. But these are just re-castings in more sophisticated forms of expert systems, which have existed in that guise for some time. Programmed heuristics working on a large database of, well, raw data, and stored actual human decisions draw conclusions and propose courses of action that would be difficult or impossible to analyze or frame manually or intellectually in any reasonable amount of time.

Such systems can develop new approaches using algorithms that “reward” good choices and “reject” output the human operators deem unfeasible or that have obvious consequences not previously programmed into the algorithms. What even the experts creating these systems tend to gloss over is that nowhere in all of this can the machine display or acquire intentionality of its own, so that the terms “artificial intelligence” and “learning” are at best exaggerations, and at worst misleading.

The stated goal of hard AI–to build a human mind equivalent in software and hardware–remains, and in the Spy’s HO will forever remain a chimera on a high. There is no imminent singularity coming from these quarters, much less a doubularity.

Consider the lawn tractor. Over the years these have changed somewhat–acquiring larger form factors, more powerful engines, better transmissions, and a wider cutting swath. They must be fed oil and gasoline (or electricity). Blades and belts wear out and some parts break. These, along oil and air filters must be regularly replaced, and the engine will need periodic tune-ups. But the basic machine has not changed in decades, and for its lifetime of perhaps 20-50 years, it remains functional and does the job for which it was purchased.

Likewise, view the compound sliding mitre saw. It also cuts, but is infinitely configurable and so very versatile at that task. First available to the retain market in the early 1990s, the initial models were limited, and often not very accurate. More recent models have two rails, may tilt both ways, or like the new Bosch models, may articulate. Blades are replaceable (and there are many kinds of blade) and in the Bosch, even the motor can be changed out if it becomes worn. However, those early models still do exactly the job they were designed for, even if not with as many bells and whistles.

Contrast that with the computer (the compound sliding mitre saw of electronic devices). Consumer demand for ever more capable software means that a computer that is a market leader the day it enters use will be obsolete, usually in well under a decade–perhaps unable to communicate with such peripherals as high speed drives, tablets, wireless headphones, or even the Internet (security required by modern browsers). Oh, and keep spares of those old cables around, for five years later you may not be able to buy one.

Sometimes, as the Spy has done more than once, an older computer can be made to run the latest operating system (Catalina and Thunderbird 3 on a 2008 MacPro, anyone?) but these are exceptions available only to those who understand them, and can live with the inevitable hardware limitations-something that, in this instance, Apple could well have supported, but is so focused on forcing customers to replace their hardware that they actively try to prevent such adaptations.

But the difficulty remains. Low technology lasts and continues to work. High technology, while it also may sometimes have repair parts available (drives, power supply, screen, etc.) has a comparatively short lifetime. Landfills are full of obsolete discarded electronics, much of which consists of computers once considered state of the art.

The solution is simple and obvious. Build computers as a basic box with standardized interchangeable parts. Upgrade not to a whole new machine, but to a new CPU on a slide-out tray, new power supply, video cards, etc–like the tower concept but with more possibilities for continuing with at least some of the components and not being required to buy new every five years for no other reason than to enrich the supplier.

Such systems, with some upgrades might still not last lawnmower lifetimes, but we’d all be better off if we could purchase freely interchangeable and upgradable components from whatever vendor followed the relevant standards. Nuts and bolts are standardized, why not computing machinery? Until someone builds such a framewok, we will remain stuck in the waste land that we now inhabit.

Will we get there? Not likely. It’s like wishing the great political divides of modern times would somehow go away before they tear once great nations apart. Ain’t gonna happen. Too many and too deeply entrenched vested and monied interests. Rant off.

Oh, why not? Grade school is starting up next week in most jurisdictions under some rather non-intuitive and questionable assumptions made by government people who haven’t entered a classroom since they graduated or dropped out. The typical plan has students in cohorts of between 30 and 120 people. Hello? They and their families and friends taken together expand to a bubble that in most cases reaches the thousands. The Spy predicts many schools will re-close once they identify a few dozen starter cases of COVID.

No, the universities, including TWU, where the Spy toils in the Ivory Basement, have the right idea. Essential face-to-face-only (a few labs taught for the skills, performance arts, education, nursing, HKIN) and everything else is by remote learning. He has prepared a score of short lessons for the first eight classes of his introductory discrete math course, will record the Zoom sessions for those who cannot attend the activities, and create some kind of assignment drop for the TA. Office hours will be as virtual as faculty meetings, and he’ll never breathe in the same room (unless large and well-ventilated) as a student or other faculty member. When he is out, he’ll of course wear a mask and sanitize all the groceries.

It would be well for him not to catch COVID as he has all the strikes against him–old and eroded as the hills, compromised immune system, respiratory problems, and his wife very ill with something else not yet diagnosed, but that has already meant removing 1.5 litres of fluid from her right lung, and even that came with only short-term relief. Sigh. Once the grandkids go back to school, it’s going to have to become even quieter around here.

On the alternate side of technology

The Spy’s Alternate History Irish Christian SF series received an extremely positive review this month from a long time reader. Hey, thanks for the kind words. They can be found in the customer reviews under the rubric of the first novel The Peace (link below; free if you have Kindle unlimited; inexpensive otherwise). On the same day as he heard that he got an email from a second such individual who is re-reading the entire ten books once again. Very gratifying. Encourages him to consider writing more.

See you next month, DV.

Opinions expressed here are entirely the author’s own, and no endorsement is implied by any community or organization to which he may be attached. Rick Sutcliffe, (a.k.a. The Northern Spy) is professor of Computing Science and Mathematics and Assistant Dean of Science at Canada’s Trinity Western University. He completed his fiftieth year as a high school and university teacher in 2020. He has been involved as a member of or consultant with the boards of several organizations, and participated in developing industry standards at the national and international level. He is a co-author of the Modula-2 programming language R10 dialect. He is a long time technology author and has written two textbooks and ten alternate history SF novels, one named best ePublished SF novel for 2003. His various columns have appeared in numerous magazines and newspapers (paper and online), since the early 1980s, and he’s a regular speaker at churches, schools, academic meetings, and conferences. He and his wife Joyce celebrated their fiftieth anniversary in 2019 and have lived in the Aldergrove/Bradner area of B.C. since 1972.

Gartner: global IT spending will reach $3.7 trillion in 2018 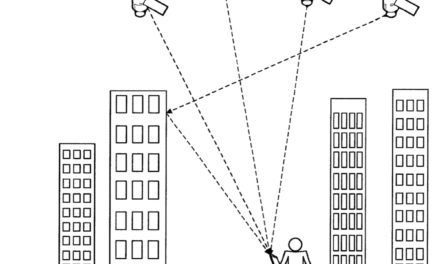