Parents to spend even more on computers, desks as online classes expectations increase

Most families still don’t know what supplies students need for school and college this year, but more expect at least some classes to take place online than a month ago and say they are buying more computers and other items to be ready, the National Retail Federation and Prosper Insights & Analytics reports.

“Consumers still face a great deal of uncertainty even as school begins to start and are further behind in their back-to-school spending than they have been in years,” NRF President and CEO Matthew Shay says. “At this point, the majority of families expect to spend as much as they thought earlier this summer if not more, and it’s largely because of the need to spend more on electronics.”

An update of NRF’s annual back-to-class survey conducted in early August found 63% of consumers expect at least some school and college classes will take place online this year, up from 55% when the original survey was conducted in early July. Of those, 76% plan to make purchases specifically because of online learning, up from 72%.

While the number planning to buy laptops is essentially unchanged at 37% rather than 36%, the number buying accessories such as a mouse or flash drive is up at 26% from 21%, and the number expecting to buy desks or chairs to furnish home classrooms rose from 17% to 23%.

The survey found 34% expect to spend more than they thought in July, and 54 percent said that’s because they plan to spend more on electronics and computer equipment. But with growing children needing new clothes whether they are at school or at home and many supplies needed either way, 47 % said they are spending more on clothing and 59% said the higher spending would come in the form of school supplies such as pencils and notebooks. Only 25% expect to spend less, and 42% to spend the same as they thought in July.

Only 34% of consumers had received school supply lists by early August, up from 10% in July, but still leaving most waiting for more clarity before they could finish shopping.

Among those who had not completed at least half their shopping, 46% of K-12 shoppers and 48% of college shoppers said it was because they did not know what they would need. For both groups, 46% planned to do the remainder of their shopping online, up from 34% at the same time last year for K-12 and 38 percent for college.

“With many schools still not clear on whether students will be in the classroom or learning at home, parents have to be prepared for both,” Prosper Insights Executive Vice President of Strategy Phil Rist says “Nonetheless, a growing number of parents expect students to be at home.”

The survey of 7,569 consumers was conducted August 3-11 and has a margin of error of plus or minus 1.2 percentage points.

The accompanying image is courtesy of Toms River Regional Schools. 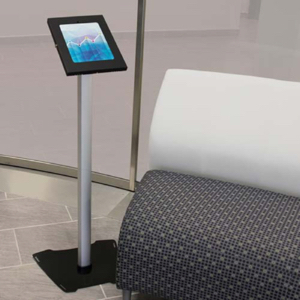