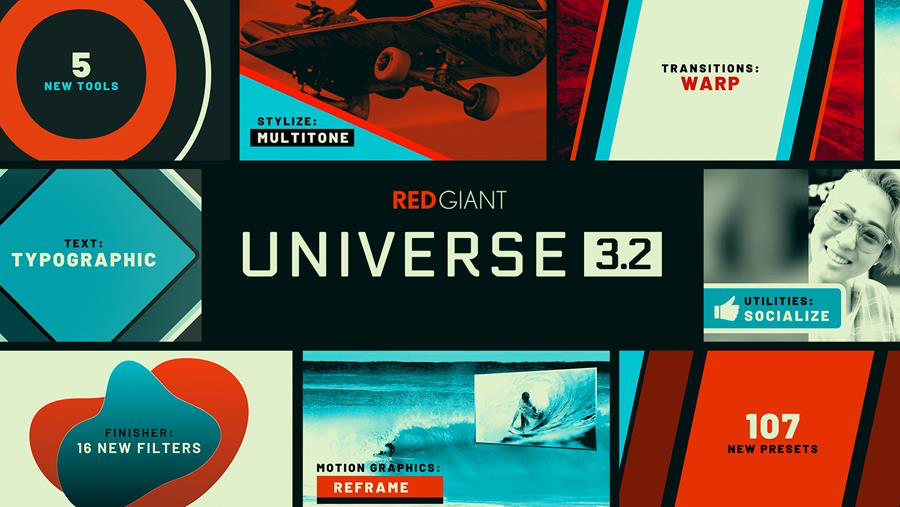 Red Giant has released an update to Universe, its collection of GPU-accelerated plugins for editors and motion graphics artists.

Universe 3.2 delivers five new tools for creating animations, building transitions, stylizing imagery, and more. New tools like Typographic and Reframe are designed specifically to bring life to broadcast graphics and social media video content. The release also includes an update to Finisher, a tool for improving the image quality of footage, and a bounty of awesome presets for getting started.

News items you should check out: Feb. 3