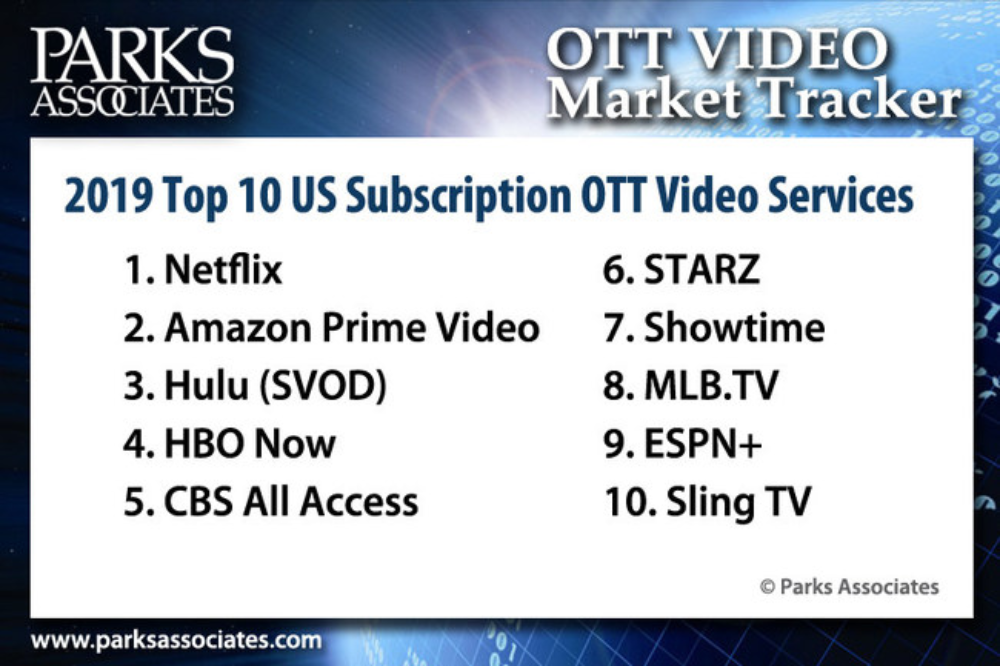 Parks Associates has released its updated list of the top 10 US subscription over-the-top (OTT) video services. This list is based on estimated number of subscribers through October 2019, prior to the launch of Apple TV+ and Disney+, and includes paid subscriptions.

Parks Associates notes that CBS All Access made the biggest move from 2018 to 2019, jumping from eighth place to fifth this year. MLB.TV dropped from sixth to eight place, despite having gained subscribers since 2018. Sling TV has stayed in the top ten with more than 2.5 million subscribers, retaining its position as the top vMVPD service in the US. Other vMVPD services include Hulu + Live TV, YouTube TV, and AT&T Now (previously DIRECTV Now).