CUPERTINO, California–January 8, 2008–Apple today introduced the new
Xserve, a 1U rack-optimized server that is up to twice as fast as its
predecessor* and includes an unlimited client license for Mac OS X Server
Leopard. Starting at just $2,999, the new Xserve has up to two Quad-Core
3.0 GHz Intel Xeon processors for 8-core performance, a new server
architecture, faster front side buses, faster memory, up to 3TB of internal
storage and two PCI Express 2.0 expansion slots for greater performance and
flexibility.

Xserve is configurable with up to two Quad-Core Intel Xeon 5400 series
processors running up to 3.0 GHz with 12MB of L2 cache per processor and
features a new high-bandwidth hardware architecture, dual-independent 1600
MHz front side buses and up to 32GB of 800 MHz DDR2 ECC FB-DIMM memory for
a 64 percent increase in memory throughput**. Two PCI Express 2.0 expansion
slots provide up to four times the I/O bandwidth of the previous Xserve to
support the latest high-bandwidth expansion cards including multi-channel
4Gb Fibre channel and 10Gb Ethernet cards.

Xserve now includes built-in accelerated graphics to drive up to a 23-inch
Apple Cinema Display and a new front-facing USB 2.0 port. Using Apple’s
Server Monitor, an administrator can remotely turn Xserve on or off and
manage server software from anywhere on the network. Each of Xserve’s three
drive bays can be configured with 73GB or 300GB SAS drives or 80GB and 1TB
SATA drives, providing a mix of high performance and vast storage
capabilities for a wide range of server applications. Apple offers a
hardware RAID card option that delivers hardware RAID levels 0, 1 and 5
with 256MB of cache and an included backup battery for up to 72 hours of
cached data protection. The Xserve RAID card delivers up to 251MB/s RAID 5
performance*** for the most demanding server workloads, without using a
valuable PCI Express expansion slot.

The new Xserve improves energy efficiency with Intel’s 45 nanometer core
microarchitecture technology. The processors draw a maximum consumption of
80W, and drop as low as 4W when idle. Power supplies exceed Energy Star
recommendations from the US Department of Energy and Apple’s thermal
management technology cools the systems efficiently in a wide variety of
environments while reducing power consumption.

The new Xserve is shipping today and will be available through the Apple
Store (www.apple.com) and Apple Authorized Resellers.

The Xserve standard configuration, with a suggested retail price of $2,999
(US), includes: 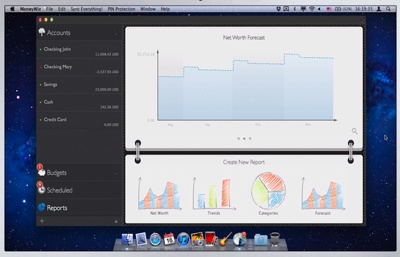