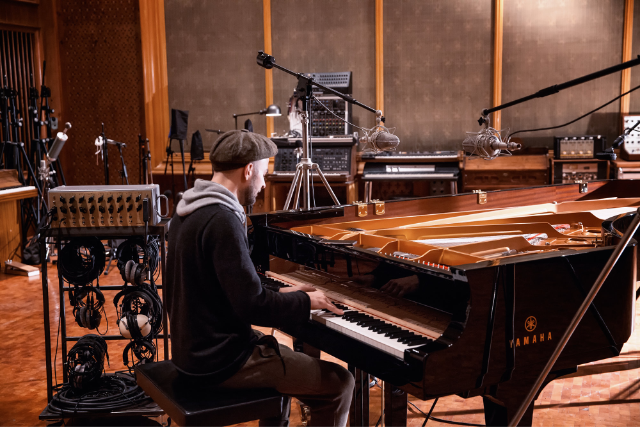 The instrument – which includes both pure and felt preparation versions of a Yamaha CFX 9’ concert grand – was sampled in the environment of Saal 3 in Berlin’s Funkhaus recording complex. NOIRE runs in KONTAKT 6 and the free KONTAKT 6 PLAYER, and is available now at the NI Online Shop for $149.

The pure version presents the unadulterated tone of Nils Frahm’s handpicked and custom-intonated concert grand piano, captured in a recording studio. The felt version is the same piano, in the same room, but with a felt moderator between hammers and strings, which creates a gentle tone with reduced attack. Users can sculpt the sound of both versions by adjusting attack, release, resonance, overtones, velocity curve, temperament, and more