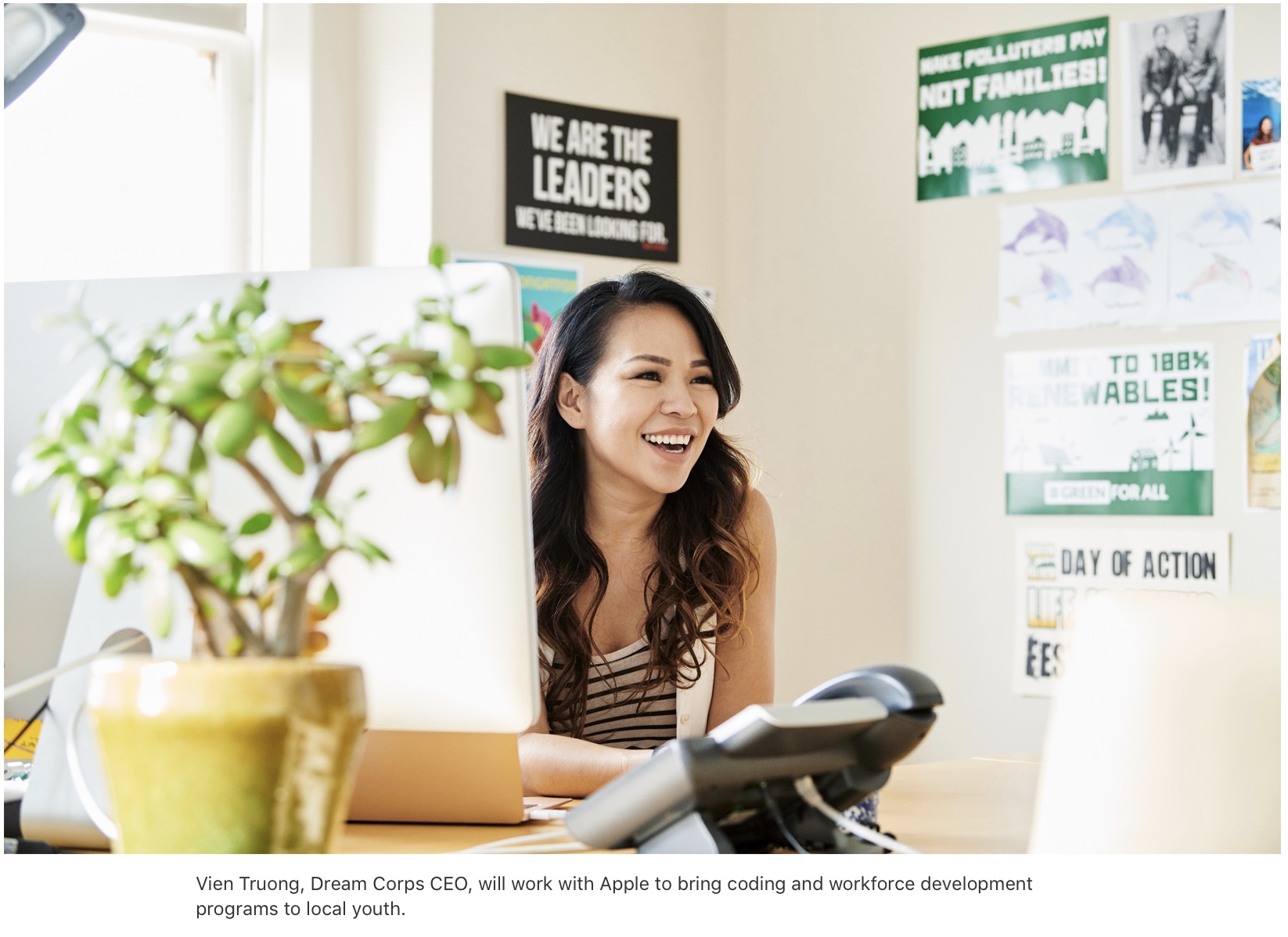 As part of its Community Education Initiative, Apple says it will partner with Oakland, California-based non-profit organization Dream Corps to bring educational and workforce development opportunities to young adults with a goal of career placement in the tech sector.

The partnership will build on the success of Dream Corps’ #YesWeCode Initiative, which aims “to help 100,000 young women and men from underrepresented backgrounds find success in the tech sector.” #YesWeCode has already graduated approximately 100 people and has placed 60% of them in new tech jobs.

“We are thrilled about launching this new initiative in Oakland,” says Lisa Jackson, Apple’s vice president of Environment, Policy and Social Initiatives. “Our hope is that by bringing expertise, stakeholders and resources together, we’ll be able to magnify the already impressive impact that Dream Corps is having in the Bay Area and across the nation and help a new generation of young people realize their potential.”

Apple will provide technology as well as professional support, curriculum guidance and advocacy to individuals in middle and high school, college and beyond. Participants will be exposed to a number of skills and tools to enhance career prospects, with an emphasis on coding with Swift.

Vien Truong is the CEO of Dream Corps. She’s the youngest of 11 children, born to an immigrant couple who migrated from Vietnam in the 1970s. She and her family have called Oakland home for decades. She joined Dream Corps in 2015 with the goal of expanding opportunities to young people in Oakland and beyond.

“I see Dream Corps as a peace corps for the American Dream,” says Truong. “It’s about making sure that we can help support people who lived or grew up in communities like mine. And this partnership with Apple will help unlock the untapped genius and talent within those communities, which will allow a new generation to achieve their dreams.”

Apple and Dream Corps’ coding programming is set to launch later this year in the Bay Area. Dream Corps is working with the Mayor’s Office and the City of Oakland to identify and assess potential locations for a dedicated space to support this program and other related workforce development and social entrepreneurship efforts.

Today’s the last day of the TopXNotes/2Remember Bundle Sale