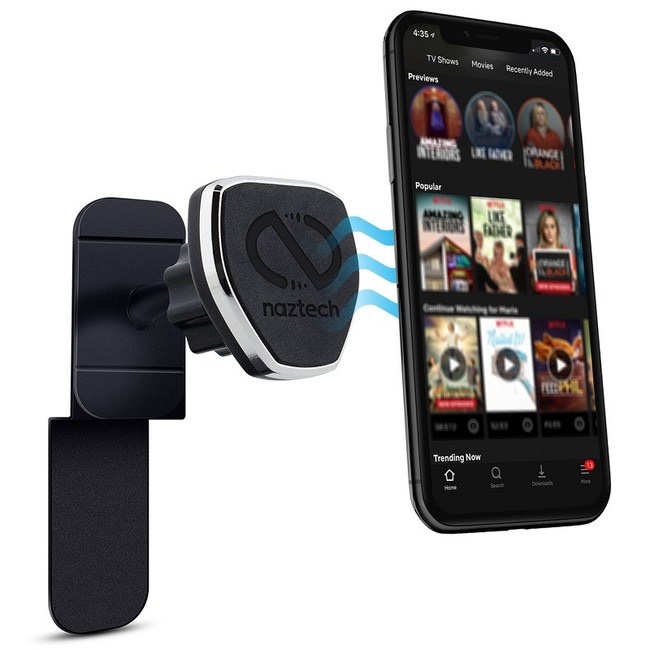 ° Instant magnetic mount-and-charge on contact, without cradles or cables, while maintaining a full-screen view and full access to the device;

° A range of Qi-device compatibility, instantly adjusting between the standard 5W, the iPhone-specific 7.5W and the Android-specific 10W fast charge output;

° The ability to affix to nearly any surface, from vehicle air vents, windshields and dash boards, to home and office surfaces such as desks and countertops.

The Desk mount also includes an optional Apple watch mount, and is available in gunmetal, and white & rose gold. The new Magnetic In-Flight Mount is designed for a passenger to comfortably enjoy in-flight entertainment on their phone or tablet without the discomfort of staring down at a hand-held screen for hours.

Designed with an aluminum base, it latches to the upright tray at eye level and features a swivel ball for portrait or landscape screen positioning. The $34.99 In-Flight comes with a carabiner, travel case and earphones.