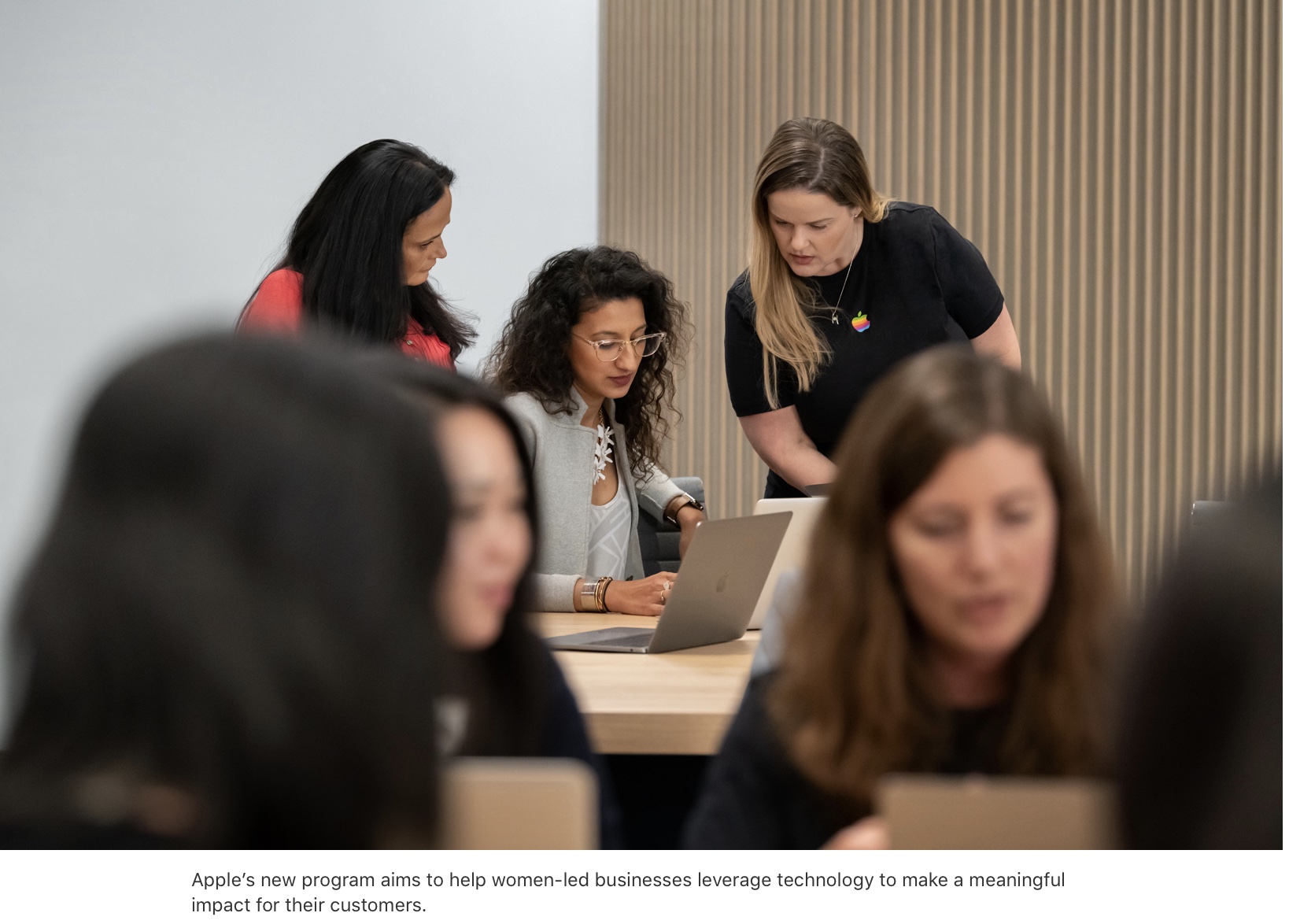 Apple has launched the Entrepreneur Camp, an initiative designed to create new opportunities for app-driven businesses owned or led by women through an intensive technology lab, specialized support and ongoing mentoring.

To be eligible for the program, applying app-driven businesses must be female-founded, co-founded or led and have at least one woman on the development team — as well as a working app or prototype and desire to leverage Apple technologies to benefit their mission. The program’s pilot session, beginning in January 2019, is now accepting applications.

“Apple is committed to helping more women assume leadership roles across the tech sector and beyond,” says CEO Tim Cook in a press statement. “We’re proud to help cultivate female leadership in the app development community with the new Apple Entrepreneur Camp, and we’re inspired both by the incredible work that’s already happening, and what’s sure to come.”

“This is a program that matters,” adds Gina Bianchini, investor and founder and CEO of Mighty Networks. “The new Entrepreneur Camp says Apple wants to invest its expertise in a different, richer, more diverse range of app developers and product experts in a meaningful way, and that is a big deal for the industry.”

Entrepreneur Camp will hold sessions on a quarterly basis, with a cohort of 20 app companies accepted for each round. The pilot session will include 10 companies.

Once accepted, each company will have the opportunity to send three attendees to Cupertino, California for a two-week immersive program at Apple’s campus, including one-on-one code-level assistance with Apple engineers, sessions on design, technology and App Store marketing, as well as ongoing guidance and support from an Apple Developer representative. Each participating company will also receive two tickets to the following year’s WWDC.

Female entrepreneurs continue to face challenges obtaining funding, training and support in the VC landscape — receiving $1.9 billion in funding in 2017 compared to $83.1 billion for men. Despite such obstacles, women-owned businesses are growing more than two times faster than the US national average, with women-led tech startups delivering a 35 percent higher return on investment than tech startups led by men.