The Northern Spy: Of Dust and Deer, Batteries and Borders, Strings and Stories 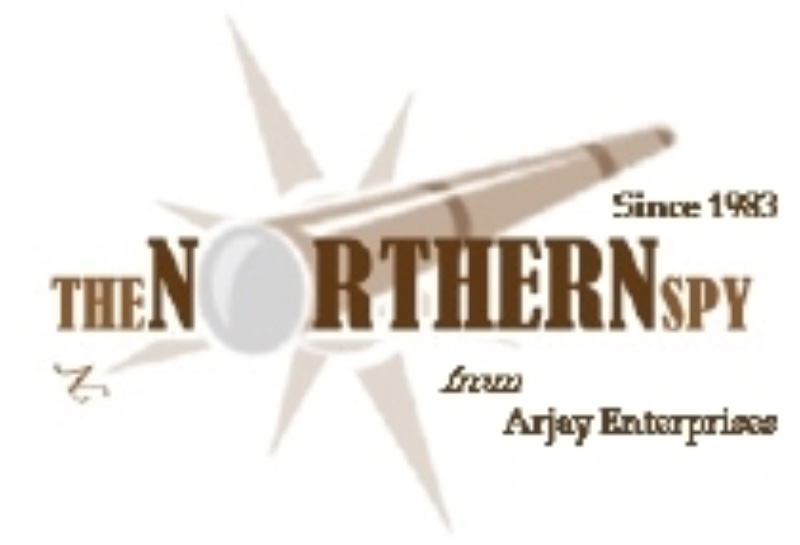 The Spy’s garden is kinda dusty these days, as this past month has been the driest May on record here in the West of the frozen North.

Apple has its own problem with dust–in its MacBook Pro keyboard switches. Seems once it accumulates sufficiently, the butterfly  switches cease functioning. Good thing the Spy thought of that possibility and bought a JCPAL keyboard overlay when his machine was new. True, the extra printed information was one motivation, but he’d had dust issues before, particularly in trackballs, and those tiny spaces around the keys appeared to make his usual keyboard clean-out by compressed air impossible, so… Now, after many evasions, Apple is slowly coming around to the need to replace all those keyboards with ones that are a little more robust.

And speaking of refurbs, Apple is already in the midst of replacing hundreds of millions of iPhone batteries that were designed to slow the phone down as they wore out. Interesting idea, but to keep it a secret? Tut, tut. Of all companies, Apple should know there are no such things as privacy and secrecy in the information age. The Spy has an appointment later this morning to have his battery changed at authorized repair centre Simply Computing–$50 in Canada rather than $29 in the U.S. (would be about $40CDN).

’Course in some arenas, inconvenient messages can be effectively dismissed as “fake news”, by sufficiently bombastic denials, or the messenger attacked as a “spy”. At least Apple eventually gives in…

.. and coughs up–a little. The imminent WWDC will undoubtedly see a spate of OS re-issues, additional software, and some minor hardware tweaks, such as a slightly redone MacBook Pro, but little more. New phone models later in the year of course. C’mon, surprise us!

And getting down and dirty again in that garden, last year’s venture had the beans eaten by rabbits (twice), the pumpkins by the dozen or more deer that wander our woods, (my what a big mouth you have, granddeer) and the corn and peas by legions of squirrels. We did get beets, carrots, onions, radishes, lettuce, carrots, potatoes, raspberries, blackberries (thornless), and beans from the third picking (wire mesh fence buried 15cm in the soil). But, many of the flowers were swallowed as well. Deer apparently get their vitamin-C fix from roses.

How to do better? Spray the flowers with nasty tasting stuff, spread blood meal and cayenne pepper around the veggies, and for a high tech solution, a motion-activated critter repellant that emits high-pitched sounds and a bright red night light they aren’t supposed to like. More on this next month when we see what we get to eat. Full blown assault on the pests.

Speaking of which, Bosh has a new Core battery technology out for its 18V tools. These 6.3Ah super-sized battery packs will work on the older tools and chargers, and deliver up to 1440W to a tool like a hammer drill. Bosch has also caught up with other portable tool makers by going brushless, though the Spy has in the past always found their brush-motor drills and drivers had more than adequate torque for his work. Even their smaller drills have the punch of a typical 3/8″ corded model.

The new(er) Bosch compact reciprocating saw is a treat too–much smaller and more lightweight than their classical full sized form-factor. The Spy purchased one for his wife, another for oldest son. With a short pruning blade, this is an ideal tool for small to medium trimming of roses and trees. Thumbs up! Oh, and still love the new compound articulated miter saw. Great tool. Knife through butter–accurately.

There is a simple solution to alleviate the pain of at least some border lineups–such as the one the Spy and wife found themselves in on Saturday afternoon of the U.S. Memorial Day weekend while returning to Canada from a funeral. They left a 2-hour plus lineup at Aldergrove to drive east to Sumas, where the lineup was a mere one-and-a-half hours–a wash in the end due to the extra driving. But at least two lanes that could have been open for processing were not.

Why not situate a camera and counter on the main highway leading to but a half hour from a crossing, correlate traffic there with congestion at the border thirty minutes later, then staff the lanes accordingly with that knowledge. With all five lanes open instead of three, the problem would have been much shorter. Technology has to be useful for something.

And speaking of finely-tuned solutions, The Spy notes a recent publication suggesting that strings built of diamond, and doped with appropriate impurities, can be tensioned (tuned) to improve quantum memory duration by at least an order of magnitude. Such a string of course vibrates selectively, thus damping out noise generated on other frequencies. Who will be first to pitch to the public a quantum violin? Perhaps two could be played simultaneously by a single musician in widely separated orchestras. Another solution to the same kind of problem involves squeezing light.  How about doing the latter in a diamond string, and getting both sets of advantages at once. Isn’t technology wonderful–sometimes.

And finally, in more sense than one, the Spy’s tenth (and for now last) novel is on the precipice point of publication from Writers Exchange international. Multiply cross-genred (Irish Christian Alternate History Science Fiction, with mystery and romance thrown in for good measure), these novels are robust story circles set in an alternate history where the Irish rule the world(s), but still of course fight among each other. The society is feudally organized, high tech (though some is forbidden) and has a strong warrior culture. Advanced education is generally under the military umnbrella, and there is no strict separation between church and state, thought latter dominates the relationship.

Paladin is the seventh and last book in The Interregnum series, set in the 1941-2001 time during which High King James IV, the supposed check on the rapacious court nobles, was banned and exiled from his throne. Book six, The Builder, left the story line with Royalist First General Mara Meathe disillusioned in love, by the army, and by Court and family intrigue, so resolved to war no more. Her young friend Lucas, first seen in these yarns as a talented but angst-filled and confused teenager, has returned to Tirdia (our Earth) from Hibernia, bent on  resolving his own old misdeeds, and also out of the Hibernian leadership picture.

But the royal-hating racist ruler of Munster is determined to usurp the vacant High Kingship and massacre his opponents–anyone of colour, not sufficiently pure Irish and loyal to him, or having a mind for religion. An apocalyptic Second Battle of Glenmorgan looms, and without superlative leadership, the royals and their allies, perhaps civilization itself, seem doomed.

Interspersed chapters contain yet another retelling of the First Battle of Glenmorgan, and the surprising truth concerning a key player of that day. What link does she provide between the two main narratives?

But most of the many chapters recount the adventures and quest for identity of a long-lived character called The Paladin, who first comes to consciousness in the modern era when she awakens with no memory of her past, near naked and half burned, tumbling down a garbage heap after being ejected from a dumpster at the Dublin land fill in 1492.

The Paladin’s story, told in sections of about one per century or so, is the chronological conclusion of The Throne series, which told the 1000-1441 history of the Irish Throne Brian Boru established when he was NOT killed following the 1014 Battle at Contarf. However, for the most part it can be read without first perusing those three books.

It soon evidences that the Paladin is yet another character (besides the two alternate versions of Caine) who somewhat inconveniently is not merely very hard to kill, but when she is, does not stay dead, but is returned to fight yet another time (and continue as Heaven’s minder for Samadeya Qayin–the Caine who is Heaven’s ally). Minor wounds like a sword to the heart can be shrugged off, but a dismembering generally results in starting over cells reorganized into a much younger body, with memories returning at an apparent age in the mid-twenties. (This is not reincarnation but regeneration.)

The story lines come together as several of The Interregnum’s female characters become mind-linked in their dreams, (Lucas listening in due to a previous session with Lady Mara). They shortly realize as they dream the Paladin’s life that of them is she. Yet, none could be. And they have new battles to fight–some against other than the most obvious enemies. Lucas is also headed for an ultimate showdown with Pelik-Qayin, his biological father by rape and the quintessential evil “clone twin” of Samadeya from the first nexus.

Who is the Paladin, really? Who was she before 1492? Who will Lucas become if one of him survives? Can all the identity crises be resolved?…in time? How is it that more than a century of The Paladin’s memories were as a man, not a woman–and those were the first the dreamers accessed? In all the uncertainty and war, is there time for romance? And who is Ollamh Johnic, one of the ostensible editors of the book?

Paladin is a 450K-word behemoth that winds up all the main plots in both series–a whole summer’s reading, and several years in the making. Should be on Amazon Real Soon Now. What’s in the works? A couple of short stories, a paper on Wirthian macros, and this column. And that bit of self-referentialism reminds the Spy that when he was recently asked if he was a reflective person he replied that upon considering the matter he realized he had never really thought about whether he was or not.

Opinions expressed here are entirely the author’s own, and no endorsement is implied by any community or organization to which he may be attached. Rick Sutcliffe, (a. k. a. The Northern Spy) is professor of Computing Science and Mathematics, Associate Dean of Science and Chair of the University Senate at Canada’s Trinity Western University. He has been involved as a member of or consultant with the boards of several organizations, and participated in developing industry standards at the national and international level. He is a co-author of the Modula-2 programming language R10 dialect. He is a long time technology author and has written two textbooks and ten alternate history SF novels, one named best ePublished SF novel for 2003. His articles, columns, and papers have appeared in numerous magazines, newspapers, and journals (dead-tree and online), and he’s a regular speaker at churches, schools, academic meetings, and conferences. He and his wife Joyce have lived in the Aldergrove/Bradner area of B.C. since 1972.

Undetected unauthorized activity is number one cybersecurity risk to utilities