If anything, the apparently sudden meltdown at Nokia’s software division where the CEO threw up his hands in dismay, then fired hundreds of software staffers who had worked there for years,  shows how profoundly Apple has shaken up the cell phone industry and that half-baked won’t sell.

Nokia is writing off literally billions of dollars of R&D investment, dropping development of the new MeeGo OS and announcing also they are dropping further development of the long time Nokia OS for dumb phones called Symbian. This a major development that caused Nokia stock to drop like a rock. Ironically, Microsoft stock also dropped right along with Nokia’s. Nokia hopes to sell 150,000,000 handsets featuring and abandoned OS. Good luck, Nokia.

At one time Nokia owned half the world market for cell phone hardware, but that giant share is plummeting dramatically as dumb phones are still out there, but steadily declining as people replace their “dumb phones” with smarter phones as their contracts expire. The industry’s common two-year contract creates a churning of hardware that is voracious and predictable.

Nokia has only a couple of established platforms to choose from for an “off the shelf” software OS platform with which to operate it’s cell phones, particularly supporting the coming smart phones in the Nokia new product pipeline. Building smart phone hardware is more of a slam dunk than creating the magic software that makes them “smart.”

The viable choices for Nokia were to choose ether the Google Android platform or the “late to the party” Microsoft Windows Mobile 7. Frankly, since the CEO of Nokia was formerly with Microsoft, I think they got an inside track on the Nokia deal, which may still be under negotiations. This also confirms that the industry is very worried about the future of Android, as every handset maker producing Android phones has a nasty Apple infringement suit on their attorney’s desk already.

Just how “smart” a phone is critical in the super competitive cell phone market of today. Nokia is also working on pad type computers, no doubt, as is every other firm in the cell phone hardware industry. Scaleability to work on both smart phones and slates is thereforw incredibly important.  Android is launching its HonneyComb OS exclusive to Motorola for a short period.

The Apple iOS, of course, is proprietary and there isn’t even a slim chance Apple would license much of anything to Nokia other than a possible cross-license agreement. Sometimes two companies with a lot of patents agree not sue each other by winking at potential infringement on an agreed list of patent claims. Violate a patent claim on new technology, not on the list of cross licensed technologies, and new negotiations or an infringement lawsuit ensues.

With the Apple iOS not available to Nokia, that leaves two more or less off-the-shelf smart phone platforms, Android and Windows Mobile 7. The more developed being Android and the less developed Windows 7. While the Google Android OS is pretty much free for hardware companies to support, the aforementioned Apple lawsuits weigh heavy to the those most affected.

Some handset makers have admitted that they put out Windows 7 phones only to hedge their bets that Android won’t be gutted by Apple’s legal team. Assuming Apple prevails in important touch screen technology, which would be a good bet, the Android OS might expose handset makers to both damages paid to Apple and a cease and desist order from the Federal Court to no longer infringe on Apple technology.

The hope in the industry is that Windows 7 might have escaped using Apple technology, at least to the extent Android did. Keep in mind, there is a period of time where new technology is in the process of being developed and patented where it is possible to invent the same thing a bit later and not own what you developed due to a soon to be issued patent. By the time Windows 7 was being designed some of Apple’s patents had been publicly disclosed, while the early Android OS was developed before everyone knew what Apple would be able to claim and patent.

RIM may end up doing the same thing Nokia has done as their software isn’t much better than Nokia’s. Could lightning strike twice and Microsoft stumble into a significant market share for its late entry into the smart phone market despite the ineptitude of its management? Perhaps that will happen should Google get slammed by Apple and Windows Mobile 7 survives.

For those who specialize in developing apps for Apple products, Android getting shut down would consolidate Apple’s hammerlock on the market. Time will tell whether the Microsoft Mobile 7 OS is going anywhere. 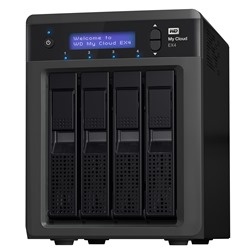 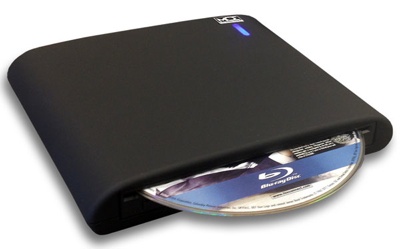