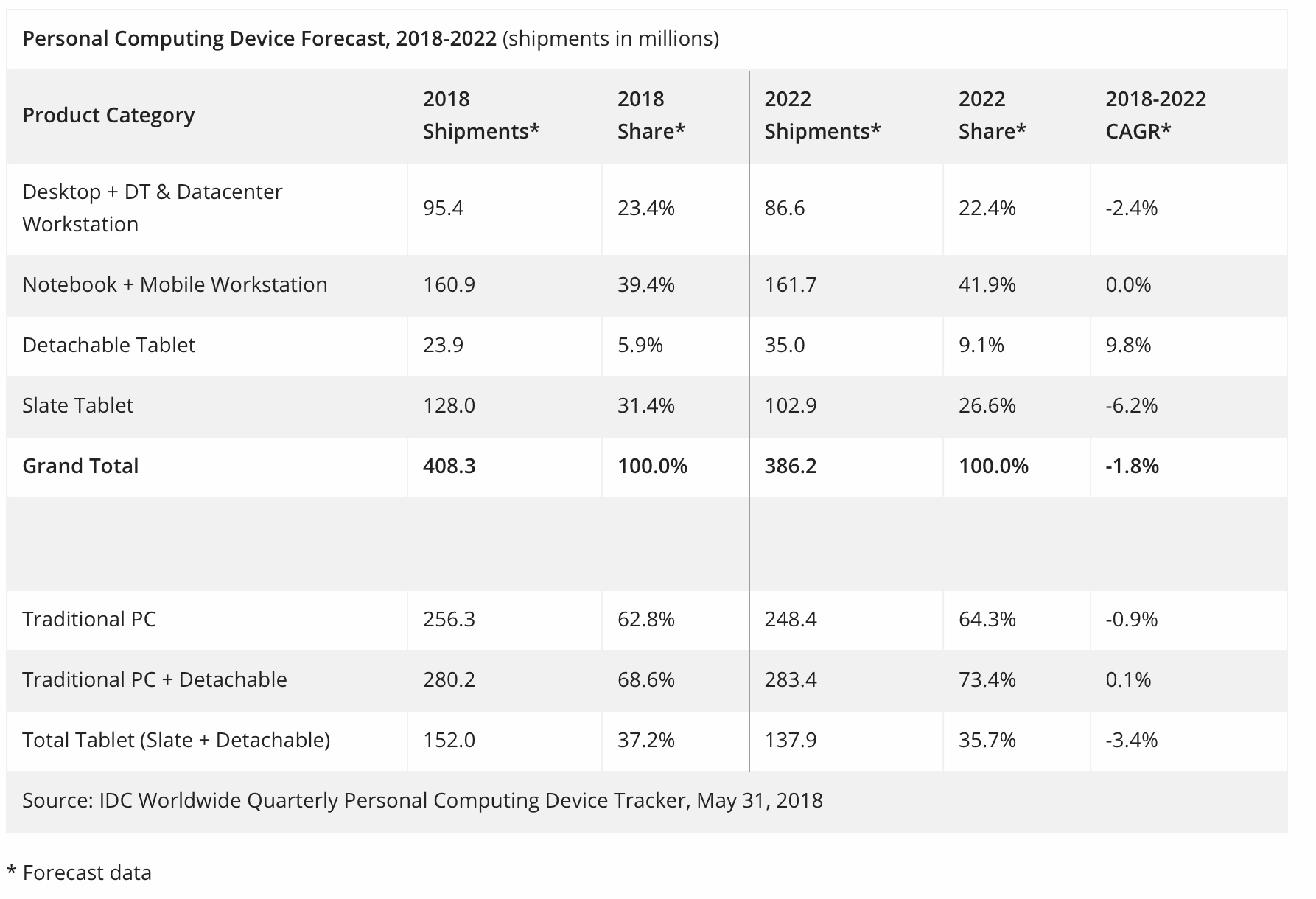 According to the latest forecast from the International Data Corporation (IDC) Worldwide Quarterly Personal Computing Device Tracker, global shipments of personal computing devices (PCDs) – composed of traditional PCs (desktop, notebook, and workstation) and tablets (slate and detachable) – are expected to decline 3.5% year over year in 2018, which is an even steeper decline from the 2.7% in 2017.

Looking forward the category is expected to drop at a five-year compound annual growth rate (CAGR) of -1.8%. Convertible and ultraslim notebooks, as well as detachable tablets continue to be bright spots in a challenging market. All three product categories are expected to grow year over year throughout the forecast.

“Overall the challenges for traditional PCs and tablets remain the same as in past years,” says Ryan Reith, program vice president with IDC’s Worldwide Quarterly Mobile Device Trackers. “However, we continue to see pockets of opportunity and growth when you peel back the onion. With notebook PCs it’s clear that marketing and development resources are being poured into premium/gaming, convertibles, and thin and light devices. All OEMs, some of which are new to the space, seem to be laser focused on these areas. Detachable tablets are another area that has seen growth, however it currently feels like the trends around notebook growth opportunities have overshadowed detachable developments.”

Slate tablets, which peaked as a market segment in 2014 and has been in decline since, is expected to contract over the five-year forecast with a CAGR of -6.2%. The overall decline has improved, but the category remains challenged by consumers spending more time on smartphones, as well as having life cycles that are more in line with traditional PCs.

Desktop PCs are also expected to decline at a five-year CAGR of -2.6%. Commercial demand remains stronger than consumer but given the saturation of that market segment it isn’t expected to grow at any point during the forecast. On the consumer side, gaming has certainly provided some hope for desktops, although many gamers are still doing manual upgrades or moving toward gaming notebooks. Both continue to pose challenges on the segment.

“Despite the continuous decline of desktops, it’s clear that not all are created alike as the growing demand for gaming PCs is bringing with it plenty of changes to the design and form factor of desktops while opening up opportunities for brands,” says Jitesh Ubrani, senior research analyst with IDC’s Quarterly Personal Computing Device Tracker. “Consumers are increasingly valuing small and ultrasmall form factor desktops along with smaller components like low-profile graphics cards. Combine that with the progressively diverse base of gamers and it translates to a shift in gaming PCs from the gargantuan, RGB-lit towers of yesteryear to smaller, sleeker, and subtler boxes in the future.” 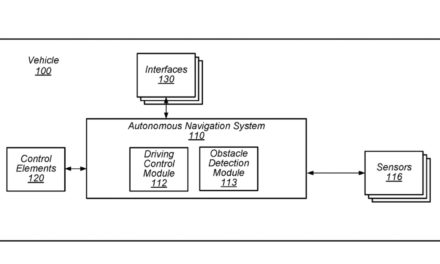 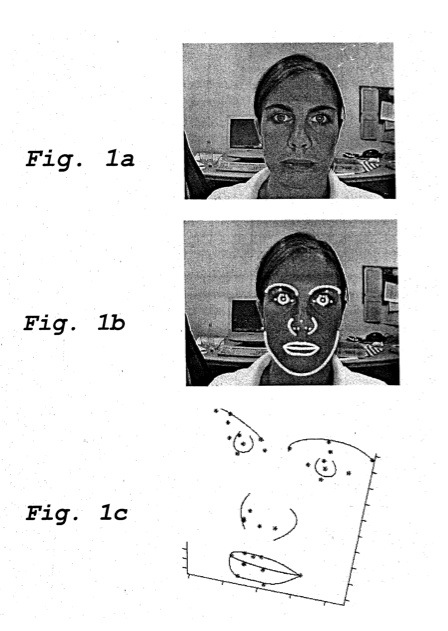