DRAM revenue predicted to grow by more than 30% this year

The main reasons are the rising mobile DRAM prices and opportunities provided by the year-end busy season and the releases of new flagship smartphones in 4Q17, according to the research group. Samsung in particular led the charge in hiking up the quotes of mobile DRAM products.

“As for 1Q18, the latest survey of PC DRAM contracts for 1Q18 reveals that the PC DRAM prices set by the top three suppliers in January were on average US$33, showing a 5% increase from the previous month,” says Avril Wu, research director of DRAMeXchange.

In the server DRAM market, the demand is being fueled by the four major internet companies in North America as they continue to purchase servers for their data centers. DRAMeXchange estimates that prices of server DRAM products will go up by 3-5% QoQ in 1Q18. In the mobile DRAM market, demand is being affected by weaker-than-expected smartphone sales and sliding NAND Flash prices.

What’s more, China’s National Development and Reform Commission has intervened against further DRAM price hikes. As a result, the price upswing in the mobile DRAM market has moderated. The latest analysis puts QoQ increase in the ASP of mobile DRAM at 3% for 1Q18. DRAMeXchange expects the overall revenue to increase further by more than 30% in 2018, reaching US$96 billion. In the 4Q17 revenue ranking, Samsung was still the leader and again achieved a new record high. With a quarterly total of $10.1 billion in DRAM revenue, Samsung registered a growth of 14.5% from 3Q17.

The effects of rising prices and shrinking processing nodes are also reflected in the operating margins of the top three suppliers. Samsung broke the record again in 4Q17 with its operating margin expanding by another two percentage points to 64%. SK Hynix’s operating margin grew from 56% in 3Q17 to 59% in 4Q17, while Micron too saw an increase of three percentage points between the same two quarters to 53%. The top three suppliers are anticipated to reap greater profits in 1Q18 on account of the rising prices and the cost savings resulted from technology migration.

‘iPhone Obsessed’ is an interactive book

MaxPod version 1.0.1 maximize the use of your iPod 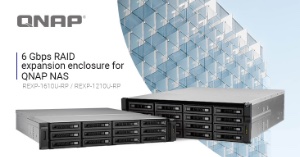