With the augmented reality (AR) and Mixed Reality (MR) market continuing to scale up quickly, ABI Research (www.abiresearch.com) has added 40 companies to its AR and MR ecosystem tracker. Growth is spreading globally, but China is showing a significant uptick in activity. In fact, of the 40 AR/MR companies added into ABI Research’s Market Tracker, 25% are Chinese companies.

Both Apple and Google have opened up the mobile device ecosystem even further for augmented reality, through ARKit and ARCore respectively. Apple is continuing  its AR acquisition trend through the purchase  of eye-tracking company SensorMotoric Instruments. In October 2016, Google also acquired an eye-tracking startup, Eyefluence. Acquisition throughout the market will continue to ramp up as larger companies look to get involved in the market; this will be met with an equal increase of new companies entering the space. New entrants such as HMD company RealWear and display provider WaveOptics continue to expand the AR/MR roster.

“Continued AR development from Apple and Google will bridge the gap between enterprise and consumer in a way that has not yet been seen in the industry. ARKit reaching all iOS 11 devices is already a massive install base, and the addition of more Android devices over time through ARCore will create a total addressable hardware base of over a billion devices in a very short amount of time,” concludes Eric Abbruzzese, principal analyst, ABI Research. “This compounds on the promising smart glasses market taking root in the enterprise, with increased efficiency and safety drawing commercial customers to AR and MR devices.” 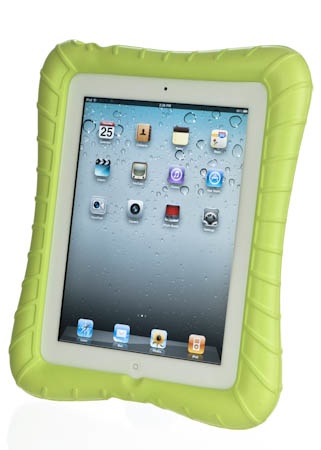 ADC publishes ‘Moving Your Project from CodeWarrior to Xcode’