AnchorFree (www.anchorfree.com), which specializes in consumer online privacy and Internet freedom, has unveiled its latest survey results revealing parents’ sentiments over children’s online privacy and the measures they take to protect it. The responses surveyed more than 600 parents in the U.S. between the ages of 35 and 54 who have children who are under the age of 18.

° Sixty-five percent of parents said they would allow children to access a product or app even if they knew it was collecting personally identifiable information (PII) like email addresses, location, account login details and age

While many would consider eliminating devices a futile feat, parents whose children are not using digital devices are also the least worried about their children’s online privacy – only 47% of them answered that they worry about online privacy compared to an average of 66% of parents whose minors use one or more devices

“As today’s children interact with more devices and face a significantly higher risk online, it’s more important than ever for parents to be aware of the steps they can take to protect them,” said David Gorodyansky, CEO of AnchorFree. “With over half of parents not realizing the long-term consequences for protecting their children’s PII online – we need to find the disconnect, articulate threats and explain how they can be prevented now and in the future instead of eliminating devices altogether.”

Despite worrying about their child’s safety online, parents indicate having the skills to protect them with as many as 85 percent of respondents feeling they have taken the necessary measures for online protection. But even parents that have a high level of online privacy awareness are not taking adequate precautions.
Although the majority of parents reported proactively installing security solutions on their devices, educating their children about the issue and placing limitations when necessary, the survey found that:

Respondents who felt less capable of protecting their children online try to limit the number of the devices they use to 1-2 or even 0. 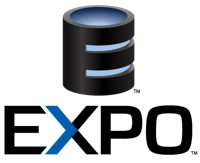