When it comes to consumer credit and payment methods, there are vast differences cross-generationally, as evidenced by First National Bank’s recent consumer survey. Results demonstrated that while a majority of respondents opened their first credit card at the age of 18, when looking at generational payment values and methods, behavior vastly differs depending on age.

“It was interesting to see that that while there have been many advancements in the digital age, consumers still consistently use traditional methods of payment such as credit cards and debit cards. Overall, it was surprising to see that geographic location had little effect on responses, and how drastic of an impact age had. I look forward to seeing how technology will continue to affect future generations and help influence their personal finances,” said Jerry O’Flanagan, executive vice president, Consumer Banking Group.

When asked what they value most in a credit card, the most common response for Baby Boomers (36.12%) and Generation X (44.48%) was low interest rates. The most common millennial response was to build/rebuild credit (29.27%). This greatly varied from Generation Z, whose most selected response was cash back (33.3%) and rewards (33.3%).

The study was conducted online using Survey Monkey. One thousand participants were polled, spanning across the United States. The demographic of those polled represented a broad range in generation, geographic location, and gender. 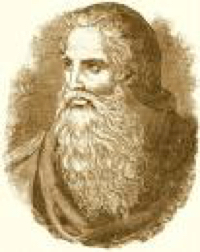