On April 3, President Trump allowed Internet Service Providers to collect and sell user data. Many experts feel that this was just the beginning – and the signs of new developments are already visible.

A notice has already been served by Trump administration that net neutrality – which guarantees that all content is equally accessible – will be possibly revoked. If that happens, ISPs will also be able to control which content users see, giving preference to more lucrative options, and making it harder for independent streaming services or smaller sites to compete.

As a result of the rights given to Internet Service Providers, a new type of an ISP might emerge: an ISP that is also an ad network and content company, taking full advantage of data it receives from its tracking supercookies and other methods.

According to Sir Tim Berners-Lee, the founder of World Wide Web, the measure repealing the Federal Communications Commission’s (FCC) online privacy rules “was a disgusting bill, because when we use the web, we are so vulnerable.” He adds that the problem with the Internet is that it can be “ridiculously revealing,” and noted that we have the right to go to a doctor in privacy, and similarly, we have to be able to go to the web in privacy.

NordVPN ( www.nordvpn.com), a Virtual Private Network warns American users about the necessity to take their own Internet privacy into their own hands.

“The next steps that ISPs might take to undermine Internet user privacy are indeed worrying, so we want to stress that people need to use tools to protect themselves. If someone wants to swing the door wide open on your private life, make sure you have a key and a lock for that door,” the company says. “VPNs play the role of a lock when it comes to Internet privacy. By encrypting all users’ Internet traffic into a secure tunnel that connects only to a VPN server, a VPN protects you from snoopers. It is the best known mechanism that keeps Internet traffic private and secure.”

A VPN (Virtual Private Network) secures and encrypts Internet traffic, helping  protect users’ identity and data by hiding their IP address. It scrambles a user’s online data, so an ISP cannot decode and use it for building an advertising profile. It also reroutes Internet traffic through an encrypted tunnel, preventing any third parties (including the ISPs) from monitoring user’s Internet traffic. 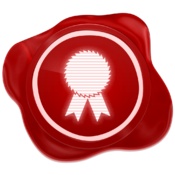 Judge narrows the scope of penalties in Apple ebook case