The number of new devices connected to the Internet is estimated to reach 21 billion by 2020, but recent reports indicate that the tech sector’s diversity and inclusion practices have failed to meet a commensurate level of innovation.

From a 2016 report by Intel and Dalberg Global Development Advisors, almost two-thirds of tech workers are white. The industry could, however, generate an additional $300-$370 billion annually if the racial/ethnic diversity of their workforces reflected that of the national talent pool.

“The problem isn’t going away, and it will take some intense soul-searching on the part of tech leadership to get to the root of what ails it,” said Bill Proudman, co-founder and CEO of leading diversity and inclusion consulting firm White Men As Full Diversity Partners (http://www.wmfdp.com/) (WMFDP), which has worked extensively with Dell and other Fortune 500 tech companies. “A promise to make it go away doesn’t make it go away, and positive change is more powerful and resonant than negative change.”

A report from McKinsey & Company indicates that the top racially diverse tech companies are 35% more likely to have financial returns higher than the tech sector’s national median. African Americans, Latinos and Native Americans are underrepresented in tech by 16-18 percentage points compared with their presence in the U.S. workforce overall. Asians are represented at a higher rate in the tech workforce than in the overall private sector, but white employees are 1½ times more likely than Asians to rise to executive rank.

Among people of color in the industry, reports of isolation, discrimination and toxic work environments are numerous. People of color leave the tech arena at more than 3.5 times the rate of white men. At upper echelons, 2% of tech executives are black and 3% are Latino. The industry’s investment in diversity efforts is estimated at $1.2 billion over the past five years, but racial and ethnic minorities have secured only 1 to 2 percentage points more of available jobs over the past 15 years.

“Typical diversity and inclusion efforts, while well-intentioned, focus on the negative—what not to say, how to tread ever so lightly,” said Proudman, whose firm brings a unique focus to the “dominant” group—white male leadership—through diversity and inclusion programs. “We have ‘white men’ in the title because it brings attention to the ingrained habits of bias.”

Proudman elaborated, “Tech leadership, while brilliant, is attuned to the ‘alpha male’ ethic, particularly in tech’s U.S. hub, Silicon Valley. Diverting that energy towards cultural growth and change is a vital step if one wishes to alter the landscape and generate equal opportunities. Positive change is good for people, good for the industry, and good for its returns.” 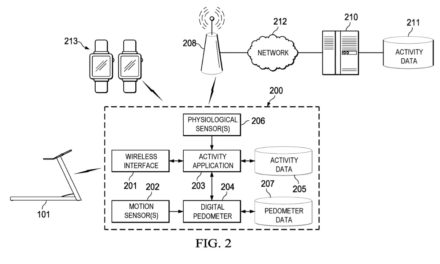