Stunnix has released a new version of Web4GUI (http://stunnix.com/prod/aws/), a tool that allows developers tto produce apps out of  PHP/Python/Java/MySQL websites. The apps produced with Web4GUI can run directly from CDs/DVDs/USB drives or network shares, and they look like usual desktop apps.

Web4GUI allows developers to convert an already-existing site into an app in several clicks with little or few modifications to server-side and client-side code of the site. Also, Web4GUI allows the production of apps for Windows/Mac/Linux using web technologies like PHP/Python/Java/MySQL.

For example, you can create an app out of your website that includes all posts and comments. You can distribute it on DVD or as .dmg/.exe file, so people can browse or search on your site and read comments without any Internet access. A free evaluation version is available for download. 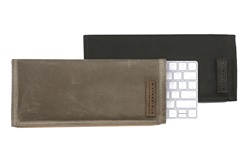