The research group says that coupon redemption levels will grow as a result of the opportunities that new technologies offer, such as connected cars. Juniper believes that current partnerships including those between OnStar, Groupon, Exxon Mobil and RetailMeNot which provide in-vehicle offers tailored to location, will see rapid expansion.

Juniper found significant opportunity exists via location-based promotions, which target consumers on the go, similar to the concept seen with in-store beacons, and expects more retailers to join this movement in the next few years. Research author Lauren Foye says, “This provides retail with a whole new dimension for loyalty campaigns, and will surely see success as a new delivery channel.”

The research also highlighted the impact that disruptive players would have on the space. It cited the example of Uber’s partnership with Visa to offer loyalty features at partnering local businesses, and argued that other ‘digital first’ service providers such as Lyft and Airbnb would seek to further replicate this model, in an attempt to cement their customer base.

Juniper Research said that that with SMS coupons being the dominant delivery channel, mobile will account for over three quarters of redemption values by 2021. Further growth will be driven by in-app offers, which will represent almost a quarter of mobile coupons issued by the end of the period. Additionally, Juniper recommended that providers increase investment in beacon and NFC technologies, arguing that these offer the potential for highly targeted, contextually relevant coupons. 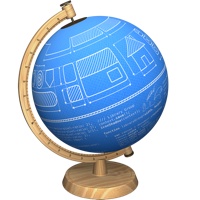 Review: MAPublisher good but not for the timid