These findings are from MUSO’s “Global Film & TV Piracy Market Insight Report 2016,” which saw the company analyze global traffic from 14,000 of the largest global piracy websites, comprising of over 141 billion visits to these sites, and across 200m measured devices.

Out of a total 78.49 billion film and television piracy site visits, 73.69% (57.84 billion) were visits to streaming sites, with 72.07% of visits via desktop devices, indicating consumption of infringing video content via mobile devices remains low. With over 12% (9.86 billion visits) of that global piracy audience from the United States, and with France, Germany and the UK all present in the top 10 countries globally by visits. The report highlights a piracy industry in transition, with strongly varying audience trends across different countries highlighting key opportunities, as well as emerging threats.

MUSO’s annual report found that the second most popular piracy delivery type was torrents, capturing 17.24% of audience visits. Despite this high activity, torrents have seen an overall decrease by 18.98% from the first six months visits to the last six months visits in 2015. Torrent activity has heavily relied on desktop users (77.1%), yet has seen a trend change throughout 2015 of -18.96%. Mobile activity has seen a similar decrease by 19.02%. 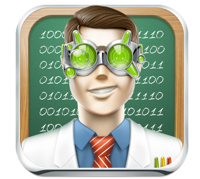