The worldwide smart phone market grew modestly in the second quarter (Q2 2016) after a disappointing first quarter, according to the Canalys (www.canalys.com) research group.

Global shipments reached over 330 million units, with Samsung leading the market with shipments around 80 million units. A disappointing quarter a year ago led to favorable annual comparisons, while shipments were flat compared with Q1.

“The success of the Galaxy S7 together with a de-emphasis on the low end of its portfolio has led to a rise in handset ASP [average sales price],” says Canalys Senior Analyst Tim Coulling. ‘“Samsung’s VR move has proved a wise one, with Gear VR bundles helping boost flagship handset sales.”

“The launch of the iPhone SE has done little to improve Apple’s fortunes,” said Canalys Analyst Rushabh Doshi. “Shipments in intended growth markets, such as China and India, saw little improvement as the price of the device kept it out of reach of the mass market, which typically sees strong shipments. Consumers instead opted for local vendors, whose build quality and specifications are a better value alternative.” 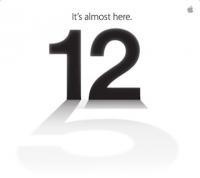