And there’s the way the typical recycled Social Studies or English teacher handles the grade eight math courses he’s been assigned while he awaits retirement from a job long redundant. No, a prime number is not “one that is divisible by itself and one” for that definition includes one itself. Second, anyone who uses the term “cross multiply” in a classroom ought to be put out to pasture before they do any more damage. Does “Law of Proportions” really have too many syllables to be properly taught? Third, an exponent on a number does not mean “a number multiplied by itself n times.” It counts the number of factors, NOT the number of multiplications. Fourth, the sum of money put to work to earn interest is called the “principal” not the “principle”. For more such items, see the mathematica page at opundo.com. Sigh.

More important on this topic, whatever was in the heads of the latest curriculum revision committee here in British Columbia? Removing conic sections from the High School curriculum when they are essential to calculus has to be one of the strangest moves in this arena for many years. Perhaps the committee members need to get out of their igloos more often.

For another modest step up from the trivial with which the Spy began, consider how the stock market has punished Apple for the crime of posting the best quarter in all of corporate history–anyone’s corporation, anyone’s quarter. Supposedly, iApple is now worth some thirty percent less than at its peak, and rates a P/E ratio just over ten. This for failing to grow in the double-digit percentages year over year? What’s this all about? Looks like an emotional stampede to the Spy. Perhaps Apple should buy … Apple shares as an investment.

Cupertino has just brought out a 128G iPad. But at this size storage, you’d think one could attach the thing to a computer with a simple interface cable and use it as an external backup disk–a more personal cloud, so to speak, for the people who go back and forth between home and office machines. Nah, not in the iSteve vision for the approved list of uses, so Apple won’t allow it. Hey, folks. There is such a thing as being too proprietary.

On the other hand, perhaps the Cupertino folk have begun to realize that Samsung is prospering in part because of choice (many models), and this is a baby step in that direction. So, fill in the size gap with a five inch iPhone/iPad, offer more options, open up the architecture with a memory card slot, and let people to customize the things to death, why not? Nope, not in the vision. But in the end, thinking too narrowly is more likely to constrain the bottom line than thinking bigger and better different. Surely that has been part of Apple’s past. Is it part of their future?

‘Course, on the third hand (OTTH), there’s something equally to be said against offering a bewildering array of near identical models of smartphone with only slightly differing names and model numbers — one of RIM’s problems, and a mark against the Android market. By contrast, Apple’s simplicity is refreshing — though perhaps overdone at times.

And, on the same topic as last month’s rant, the Spy certainly agrees that acculturation into the irresponsible and anti-social world of first person shooters is a big part of the gun problem–as are TV and movies with the same negative valued. Psychopaths are made, not born, and our society is making them faster than Apple makes iPhones. Hey, the Spy observed thirty years ago that though he was agnostic on the question of whether there was “anyone else out there” (who really cares until they show up?), if they were, they’d be best advised to stay away from earth, because first contact would result in being shot out of the sky. Even then video games were training to that end, and were nothing worthwhile. Things are far worse now. But then, the Spy has never been able to understand the shooter game culture.

So, last month’s “people with guns kill other people” should be expanded to “people with guns kill, just as they are programmed to do.” Can this acculturation be changed? Not in the short term, for “freedom of expression” is just as much a problem when it becomes license as is freedom to bear arms. Alcohol and other mind-altering drugs still present the chief social problem in our Western world, but violence appears to be overtaking it. Gambling makes a troika, but that’s a subject for another time, I betcha. Our culture needs an infusion of something else. They say that in the Welsh revivals of another century, most of the pubs closed for lack of business. Hmmm.

But this week’s real corker on the negative side is the news that the presidential inauguration came with a price tag of $300 million. Huh? When the deficit and debt are threatening to turn the Excited States into a third world financial deadbeat nation? Why not charge the networks to bring a few cameras to the oval office for a swearing-in, then go out to dinner with a dozen or so people. Even at $100 a plate, Uncle Slush wouldn’t be out ten grand. Better yet, afterwards, send the president or his party the bill. Thus was far beyond irresponsible.

And in the kudos department the Spy is constrained, now that some time has passed, to re-mention his bifurcated solution to the all-too-prone-to-die Apple Time Vault he once bought, but eventually decided was a bad apple, for having too many functions in an overly hot box. (Server quality drives need active cooling, and cannot prosper if confined in the same space as a router.)

His Synology DS211+ NAS has performed like a trooper ever since installation. Set up a service like a photo, music, web, cloud, or a backup (time machine) server, and it just works, never needs attention, always comes back up after a power outage without any issues. You can configure the thing to death, use it with anything Apple (and plenty not, such as networked TVs), and just let ‘er rip. Rock solid reliable. The Spy installed two 2T Hitachi drives in a Raid-2 configuration, and these, like all the drives of that brand he’s owned, have performed without a hitch. Oh, and as he just proved while writing this column, upgrading the software, firmware, and manager packages (or adding the latter) is well-interfaced, dead simple, and works like a charm. This is the NAS everyone should have. Synology is a company others should emulate.

Meanwhile his Cisco Linksys E4200 wired/Wi-Fi firewall and router is faster, more reliable, and has a longer range than the Apple router that struggled inside the Time Vault. Once more, set it up and forget it. The latter can be done either “manually” with the web interface or with a utility program called “Cisco Connect.” One caveat: Cisco Connect is incompatible with Mountain Lion except for the E4200 V2 and a couple of other new models. The Spy has V1. No release date for the utility for E4200 was given on the web site.

So, the Spy engaged the chat feature on said site and actually got a rep who, though she had to look up answers, was able to converse intelligently–a refreshing change from the usual run of technical support people. However, she could only say their engineers were working on it, but with no specific date in sight–not an unexpected answer for a product line that has never been known for strong Mac support.

The Spy notes that Cisco has apparently decided to concentrate on enterprise products and has sold Linksys to Belkin. Hope the hardware remains the same high quality, and Belkin’s greater presence in the Mac market can rub off on the Linksys software offerings.

All in all it comes down to “situation satisfactory.” The Spy would buy from Synology again without the slightest hesitation, and from Linksys if the software were available.

BTW, in looking up some of that information, he came across an old column wherein he recommended Apple buy Samsung if they planned to be in the TV business. Might not have been a bad idea then, but a little late now. Besides, Apple would never be able to get a really big purchase past anti-trust regulators. No, that’s going to have to be a roll-your-own business. The biggest problem isn’t the technology, but content and distribution. Given deals with content providers, the Spy still thinks an Apple-owned communications network makes sense.
On the RIM

The Spy, being a Canajan, eh? by birth and predilection, has some interest in home grown companies. He has never been a fan of Research In Motion or its products, but confesses to some admiration at the way the Blackberry 10 introduction is being handled–controlled unveilings, teasing the public, reaching out to developers for apps, careful testing–in short, creating a buzz, or as much of one as this niche will bear.

Only time will tell whether RIM (now renamed Blackberry) has learned anything more than to engage a clever marketing team. The actual intro met with mixed reviews, but the proof of the pudding will be actual sales. Should the BB10 app universe expand reasonably, should the browser be useable, should the prices be reasonable, should the technical difficulties with the network prove a thing of the past, should the hardware quality control hold up, and should the negative press against Apple continue, then maybe, just maybe, Blackberry will survive. The company has managed to create itself a chance. Be nice if they succeeded. The Spy raises his forecast for survival from under 10% to over 35%, but has no plans to buy shares.

Well, TTFN as the Spy, under another hat, has to get ready for auditors coming over tonight. Old Church treasurers never retire, they just GOTO $9.99. Thus, this column is a mere thunk.

Opinions expressed here are entirely the author’s own, and no endorsement is implied by any community or organization to which he may be attached. Rick Sutcliffe, (a.k.a. The Northern Spy) is professor of Computing Science and Mathematics at Canada’s Trinity Western University. He has been involved as a member or consultant with the boards of several organizations, including in the corporate sector, and participated in industry standards at the national and international level. He is a long time technology author and has written two textbooks and six novels, one named best ePublished SF novel for 2003. His columns have appeared in numerous magazines and newspapers (paper and online), and he’s a regular speaker at churches, schools, academic meetings, and conferences. He and his wife Joyce have lived in the Aldergrove/Bradner area of BC since 1972 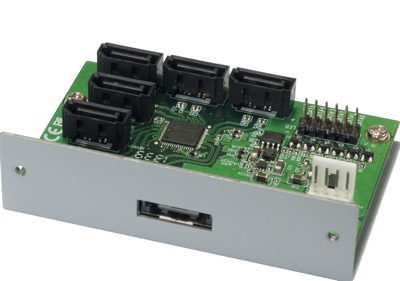