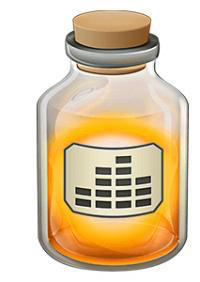 Rogue Amoeba (www.rogueamoeba.com) has updated Audio Hijack, the Mac OS X tool for recording and enhancing audio, to version 3.3. This free update includes several new features, as well as dozens of smaller improvements and fixes to the application.

Audio Hijack’s recordings are now more “bullet-proof” than ever, with improvements to how AAC and Apple Lossless files are recorded. These formats now default to saving as so-called “fragmented” MP4s, which have no processing delay at the end of long recordings and ensure that even a power outage won’t cause lost audio. We’ve always worked incredibly hard to enable our users to rely on Audio Hijack for critical recordings, and this update raises the bar once again.

Rogue Amoeba also added a new preference for advanced users. The new Latency slider can be used to reduce the time Audio Hijack takes to process audio, which helps in situations where a slight echo is heard while monitoring live. While Audio Hijack does its best to minimize latency by default, advanced users who wish to lower it further are now able to do so.

The last major change in Audio Hijack 3.3 is the addition of full support for capturing audio from the wildly popular team communication tool Slack.

Audio Hijack requires Mac OS X 10.9 or higher. Audio Hijack 3.3 is a free update for owners of Audio Hijack 3. Users who are new to Audio Hijack can unlock the full version for$49. Also, discounted upgrade pricing of just $25 is still available to all customers who’ve ever purchased a product with “Audio Hijack” in the name.