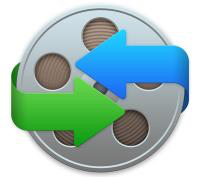 Reggie Ashworth has released VidConvert 1.6.6, an update to his video converter for Mac OS X 10.7 or later.

It will convert just about any type of video into one of the formats of today. Version 1.6.6 introduces Korean localization and a number of other fixes and improvements.

VidConvert costs $7.99 for a single user license. A demo that creates three-minute samples is available (http://www.reggieashworth.com/vidconvert).