The Northern Spy: what has truth got to do with it?

This column is being (metaphorically) penned on Leap Day, a day similar to Sadie Hawkins Day (November 13) in which historically the ladies may ask the men without violating polite norms–hardly an issue in our day, though originally somewhat sexist.

It’s also sprang in the middle of the great American ask/catch–candidates trolling for primary votes, while the rest of the world watches a system seemingly self-destruct in vitriol, venom, slander, and name calling. Ahem. wasn’t democracy supposed to be about the respectful examination of ideas? Alas, the Spy himself knows better, having himself attended a High School–so long ago it seems like another age–where debating was one a blood sport.

So, he knows all the tricks–ad hominem attacks, redefine the topic, use ridicule and mockery, call out grammatical and word use errors as though fatal–anything to win, because in debating, winning is everything. Truth? Are you kidding? What has truth got to do with it? You need to be able to win both sides of the same debate to really show your stuff.

The problem of course is that someone will get elected, and discover to his or her shock that governing is required, which inevitably means many of the silly promises and statements made during campaign heat must be abandoned. They were after all, mere debating points, not expressions of serious belief orintention. Though, whatever happened to “let your yes be yes and your no be no”?

Last month, the Spy mentioned in passing his problems with the quality and security of connectors on USB-3 products, the longevity of memory on SSDs, and the ability by peripheral cards to handle the PCI-e bus correctly.

Since Apple, as others, seems to be rushing headlong away from past standards and into USB-3, the Spy has, perforce acquired some of these, in the form of portable drive enclosures, and assorted cables. Many of these have Micro-B connectors, a thin plug and receptacle divided into short and longer segments by a tang–skinny enough, but incompatible of course with all old USB-2 connectors, though the other end of the cable usually is. So far, cables purchased at London Drugs or arriving with peripherals have been sound and solid enough. Not so the receptacles on portable drive housings, which seem flimsy and likely to break with much use. Buyer beware. Check before purchase.

About a year ago, the Spy obtained from MacSales (OWC) one of their Mercury Accelsior cards for his old Westmere tower MacPro. This is a PCI-e card that mounts a double-bladed SSD and offers a couple of eSATA ports at the back. As the Spy has had nothing but trouble from eSATA in the past (remove a drive and it cannot be remounted without rebooting) the less said about the ports the better, except that USB-3 ones would be more welcome these days.

He installed OS X on the card and for the next year or so used it as his boot drive, not a bad idea considering that it offered speeds through the bus of about three times any other SSD and ten times most platter drives. Then it failed. The “drive” became invisible to the system or any repair software. So he used a backup boot partition on another drive (no shortage of bays, but who else backs up the boot partition?) and got an RMA number on the promise to replace the memory sticks. At the same time he entered an order at OWC for a Sonnet four-port USB PCI-e card.

The two arrived about the same time, and the problems began. The Accelsior card now took many times as long as any ordinary drive to boot or run a program for the first time afterwards. The Sonnet card reported the volumes attached to it were dismounted at regular intervals. Lengthy email conversations with OWC support resulted in the Spy doing extensive testing of the two cards singly and in tandem.

These revealed that the Accelsior was unable to do reads at sustained speed. Even burst reads had dropouts and ran at quarter the original speed or less. OWC claimed they had tested the card with the new memory blades, but this could scarcely have been the case except in short bursts. Finally they agreed to take the card back and replace it altogether on a new RMA number.

This took a while, not the least because Canada Post required a week to bring the package from the customs entry point to the university–about fifty kilometres, but they could have walked it here faster. The replacement card is the E2 model, which sports the addition of a metal place protecting the blades–possibly a heat shield. Hmmm, that seems evocative. But thorough testing seems to indicate this one is functional, and the Spy is in the process of making it his boot partition once more.

Oh, and enclosed documentation pointed him to a web site containing a downloadable driver for the card, which is apparently necessary for proper power support and ongoing functionality. Odd they didn’t have a means of informing purchasers of the original product that this existed.

The Sonnet card was a different matter. OWC support declined all interest in or knowledge, saying Sonnet had to be contacted directly. A search of the Sonnet website turned up a statement to the effect that when tower MacPros go to sleep, they turn off power to the PCIe bus, causing the improperly ejected notices. Since those towers regularly awake from sleep for scheduled tasks, the notices can be quite annoying, accumulating to the point of almost overwhelming the notification centre. If one disconnects such drives before sleep, the problem does not occur.

So it’s a known issue and there is a workaround. Fair enough, and perhaps worth a little inconvenience to get the extra speed. However, there is no excuse for the OWC support department not knowing about this, especially when they had their own products working that bus, no excuse for leaving a customer to do the research. Most would not be capable and would want to return it. But wait–they don’t warrantee other manufacturers’ products, only their own. Contact the manufacturer.

The bottom line: A pass on OWC’s own product; a seriously flawed fail on the rest. The Spy will keep both cards for now, but plans to shift more of his business to the much more responsive (and local) NCIX.

Oh, and you ask why the Spy is still using an old Westmere. It works. It’s faster than a current MacBook Pro. He doesn’t want to afford the new MacPro unless and until it gets at least one revision bump–which it has not had since its introduction. And why not a tablet for the ultimate portable? Too many high powered tasks on his desk for that. The Spy works with a minimum of two large screens for reviewing documents and programs and needs skookum of horsepower to run compilers. Can’t make do with entry level systems and the primitive capabilities of tablets.

So, the U.S. government wants Apple to build a special version of its OS to bypass encryption on an accused terrorist’s phone. Apple’s defence is one of free speech, tat the OS is speech and they cannot be forced to say something against their will. Silly argument IOHO. Just say no. Let Uncle Sam buy a cracker on the open market. Oh, wait. Perhaps then Apple could sue the government. Somebody will sue somebody. After all, we live in the age of litigation, the time when everything that happens is somebody else’s fault, and by george, they’re going to pay for it.

Opinions expressed here are entirely the author’s own, and no endorsement is implied by any community or organization to which he may be attached. Rick Sutcliffe, (a. k. a. The Northern Spy) is professor of Computing Science and Mathematics at Canada’s Trinity Western University. He has been involved as a member or consultant with the boards of several community and organizations, and participated in developing industry standards at the national and international level. He is a co-author of the Modula-2 programming language R10 dialect.

He is a long time technology author and has written two textbooks and nine alternate history SF novels, one named best ePublished SF novel for 2003. His columns have appeared in numerous magazines and newspapers (paper and online), and he’s a regular speaker at churches, schools, academic meetings, and conferences. He and his wife Joyce have lived in the Aldergrove/Bradner area of BC since 1972. 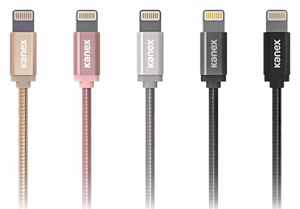