The Northern Spy: much ado about very little when it comes to the Apple TV

Much ado about very little is how the Spy categorizes the newest iteration of the Apple TV. When Steve Jobs announced a few years ago that he’d figured television out, he ignited great expectations.

But time, negotiations, and reality have laboured mightily to bring forth…not a mouse, but no tiger either. Now, it may be that the new box and its dedicated store have a future place in the hands of gamers, but that appeal, loyal though it may hypothetically be, is of extremely limited value, and the Spy, who’s never begun to comprehend the appeal of action games, stands firmly outside the circle of that limitation.

The issue, as it was with all the delays, is content. To be more pointed, there doesn’t appear to be much “there” there. Yes, access to a few other subscription services, all similarly thin gruel, and a few modern TV shows, but where is the library of old TV shows and movies, particularly the classics, that would give Apple’s little black box some body? The Spy has one of the previous generation, and isn’t much impressed.

He’s even less so with Netflix, which he bought a year back to check out, and cancelled after a few months. On a whim, he reactivated the account last week, but sees little there worth the effort, and will likely let the service lapse again once the free month expires. Again, the landscape of the service is one-dimensional–a few TV series (well behind the release date) and some modern movies, but where are the worth-watching-again classics from both media?

Memo to iCook for 2016. If AppleTV, or indeed the whole idea of streaming movies and TV, is ever to be more than a “hobby” Cupertino needs to commit serious resources to making something very different grow out of such pauce beginnings.

Part (b) of the memo: Ditto the watch business, with the P.S. that one cannot always rely on convincing people they want something that they don’t need.

Cell Carrier technology on the other hand, isn’t just limited, it’s broken, almost as much as paper textbook publishing (which isn’t even broken). Customers are held captive for two to three years to the whims of a single carrier, and even when they pay more for an unlocked phone, it’s a pain to change carriers. The Spy notes that Google is currently testing a service called “Fi” on a couple of networks–one SIM card for more than one net, even if the protocol differs. Got possibilities, but still sounds like it’s a long way from a universal cell system, much less universal Wi-Fi.

Memo to iCook for 2016. The first company to get “cell” technology right–or better yet replace it altogether with something far more useful–is going to make a fortune.

As for the aforementioned book publishing industry, the Spy recalls a conversation he had with Tim Cook at WWDC back in 2003 on Apple’s role in higher education, (still minimal, especially considering the upside marketing potential). The subject of textbook readers came up and the Spy observed that the first company to get an appropriate technology right would not merely clean up, but kill off the entire bloated paper textbook industry overnight.

He replied that Apple hadn’t figured out how to do that right–yet–and wouldn’t release a product in that niche until they did. The Spy still awaits him iCooking something up, but isn’t holding his breath. Nor are his students who have to pay between $200 and $300 for slender texts needed in upper level math courses such as Abstract Algebra and Number Theory. Apple demonstrates by silence that it has other interests than education at any level, much less higher education in particular.

Memo to iCook for 2016. Oh, never mind. That memo’s been at the bottom of one of his virtual desk drawers for over a decade.

One of the more obvious upgrades Cupertino needs to more than refresh to its whole Macintosh computer line, which has been growing stale by the month. New industrial designs to make existing models prettier without much new inside won’t cut it much longer, and quantum computing is still a little way off. Given the Spy’s fourth law–marketshare follows mindshare by two to five years–and that most of the old mindshare has already found its way into the bottom line, it’s time Apple tossed both its loyal customer base and the entirely unimaginative rest of the industry some new bones upon which to chew.

The problem to overcome here is not merely inertia and lack of imagination. Current hardware technology is at or near its upper limits in speed and therefore capacity. Meanwhile, multi processing for the desktop is probably at or near its theoretical maximum, though admittedly nowhere near its utilization from a software point of view. The challenge is to find something more than incremental improvements well before the–ahem–quantum leap. Lotsa luck.

Memo to iCook for 2016. You are competing in a relatively stagnant industry, that has fallen into a habitual pattern of copying Apple’s ideas rather than attempting to find any of its own. Get those creative juices flowing again soon, or your own sales will nosedive as have theirs. Part (b) The tin-can MacPro was a truly novel design. How about at least a refresh this year? Here’s a no-charge idea. Include a battery and a handle, so it can be carted about like an old-fashioned lard pail lunch bucket between desktop sites whose only other hardware is screens, keyboard and backup.

And returning to “entertainment” ….

Neither does the Spy relate to the entire Star Wars/super hero culture. What is it for? He observed two decades ago that if aliens ever did turn up in Earth’s skies, they’d find entire planet conditioned to blow them out of the sky. How does such a culture, such an “entertainment” educate, enable, improve relationships, or even connect in any meaningful sense with life?

“But,” you say, “does that not also apply to your own Science Fiction Alternate History?”

To the extent that it is viewed solely as escapist literature, yes. But it was conceived of as a way of examining four important questions: (1) How does a sufficiently advanced technological society survive its own citizens’ ability to gather into their hands the means to destroy it utterly? (2) On what basis are technology adoption decision made? Moral? Political? Because we can? None at all? (3) What if past technology decisions had been made differently? What effect would this have had on today’s society? (4) Can we extrapolate what effect today’s technology adoption decisions are likely to have on the society of the future?

Some of his characters’ answers: (1) Since people always act in accordance with their real (not their stated) beliefs, only if there is, first a nearly universal consensus on the immorality of developing, much less using weapons of mass destruction, and second, a means to police this consensus in the face of the intransigent few who will inevitably cheat anyway–in both of which respects our world is entirely lacking. (2) It ought to be moral, but in our world it is the latter three. (3) An earlier adoption of our modern technology, say with the scientific revolution in the fourteenth century, and lacking any moral constraint, could have produced a catastrophic collapse in civilization by the late eighteenth century. If there were survivors, the majority might have been moved to view things differently. (4) We could, and should, but it appears that almost no one making political or research funding decisions gives such matters much consideration beyond the immediate. It scarcely suffices to guarantee that no humans or animals were hurt in a research project when its deployment could sterilize the earth.

It seems to the Spy we should have begun to ask such questions a long time ago. Who, besides manufacturers of consumable products looking to optimize sales ever asks about the future today? There’s nothing obvious on this front from decision makers in government, and little enough even in education, where courses on ethical decision making are only now becoming staples. Climate change considerations may represent an exception, but even there, political considerations have so muddied the waters as to render good, long term, well-reasoned, evidence-based decisions questionable if not impossible.

Mind you, the Spy is not so much a pessimist as to believe the Owner of this piece of real estate upon which we spin out our lives and stories will allow His tenants to render their leasehold from Him entirely uninhabitable without intervening to salvage His property. But though the Spy has been a science guy all his working life, neither is he so much a blind sci-tech optimist as to imagine we can solve technology-created problems merely by creating more technology.

So, answer that first question again? How does playing at violent gaming scenarios help–anything? Now answer the others. Do we even want to ask whether a given technology adoption will make things better or worse? Do we care?

Memo to the industry for 2016. Replace the war games altogether with something that speaks constructively. How about gaming decision making that matters? Violent fantasies of “long ago and far away” are not harmless and do not cut it for any kind of future that sane people should like to contemplate. 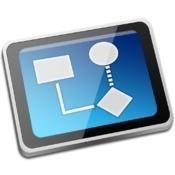